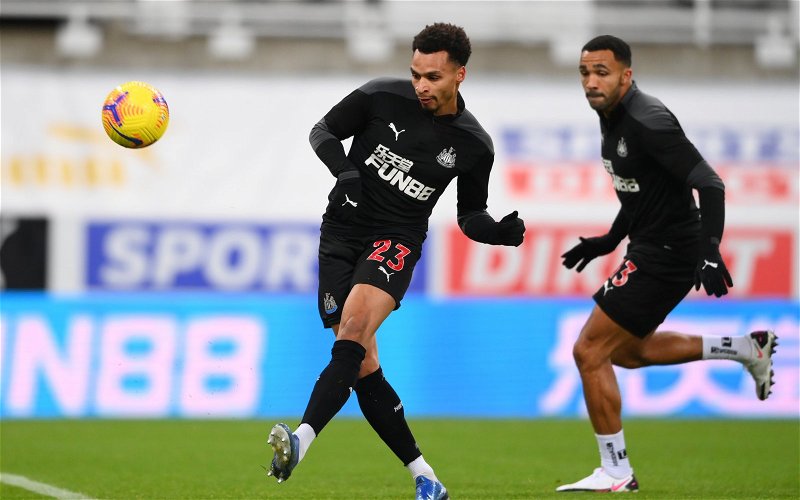 Watford will step up attempts to sign Jacob Murphy this summer, according to Football Insider.

Both Southampton and Rangers have been linked with a move for the 26-year-old who the report states is valued at around £3m. Indeed, while Steve Bruce recently urged the club to extend his deal, the same publication have revealed that Murphy does have another year to go on his contract.

With Watford – who Newcastle are understood to have poor relations with – all but certain to secure an instant return to the Premier League in their three remaining games this season, the Vicarage Road outfit are said to have made Murphy their top transfer target.

Should Newcastle sell him?

Absolutely not, particularly not for £3m.

With all due respect to Watford, it’s hard to see Murphy begging to leave for a move down to that club outside of being offered a significant pay rise. After all, he kissed the badge after scoring against Burnley earlier this month and has made reference to the fact both he and his brother Josh are Newcastle supporters before.

Clearly, you can’t just keep someone at the club because he’s a Newcastle fan but an extended deal wouldn’t be based off just sentiment. Murphy has proven crucial this season – operating on the right side of both midfield and defence – scoring twice and registering as many assists and only trailing the excellent Allan Saint-Maximin for dribbles per game (via WhoScored).

Making an impact at first-team level after a difficult time of things on Tyneside amid loan spells at Sheffield Wednesday and West Bromwich Albion, Murphy deserves a new deal.

What has Bruce said about Murphy?

Talking to BBC Newcastle earlier this month, Bruce spoke of how he wanted the former Norwich City man to stay.