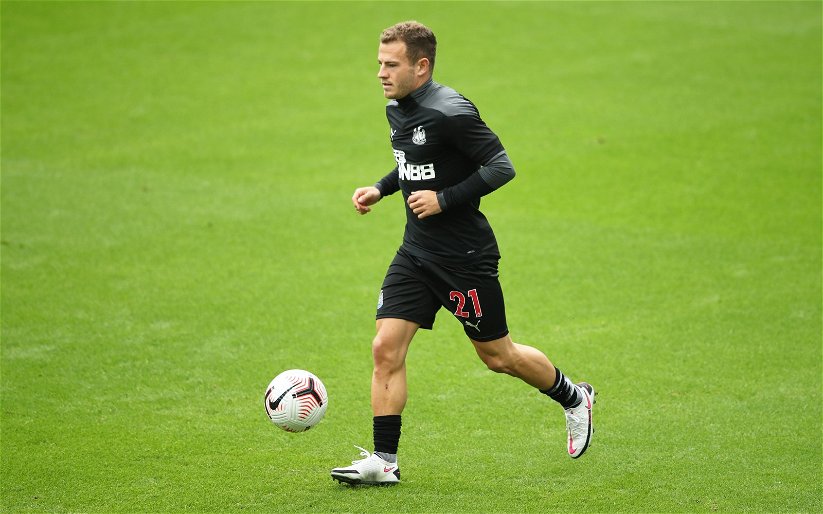 Scotland international Ryan Fraser has opened up on his concerns of a lack of regular playing time under Steve Bruce at Newcastle.

Fraser has highlighted his competitive streak through raising concerns that he is not being called upon by the Newcastle tactician as much as he would like.

However, the Scottish winger did re-iterate his fervent desire to give his best on the pitch and to help out his team however and whenever possible.

Speaking to the Chronicle, Fraser held nothing back in the way of making his feelings known:

“I haven’t played too much this season, so it’s when I’m called upon it’s just about giving my all.

“Any way I can help the team, even when I’m not playing, I still want to win – [fight for safety] it’s not a nice position to be in, but there’s no point moping about it – we just need to go and do our stuff and get ourselves out of it.

“Yeah, of course, when I’m called up I want to do the best for the team, the fans and myself. I want to show the best of me, but with injuries, not playing, and other things happening – it’s just one of those things. I’m not going to mope about it.

“When I’m called upon, I’m going to do my best, and that is all you can do.

“I’m going to try and get a run in the team, which I haven’t had this season and just give my all really for the fans, the team and the club.”

At 27 years old and with plenty of Premier League experience, just eight starts for the winger feels underwhelming in proportion to his talents.

However, his time on Tyneside has bene blighted by spells of suspension and injury.

Amid injuries to other key attacking outlets such as Callum Wilson and Allan Saint-Maximin, Fraser is just one asset that will need to be utilised to the full if Newcastle are to avoid relegation this season.