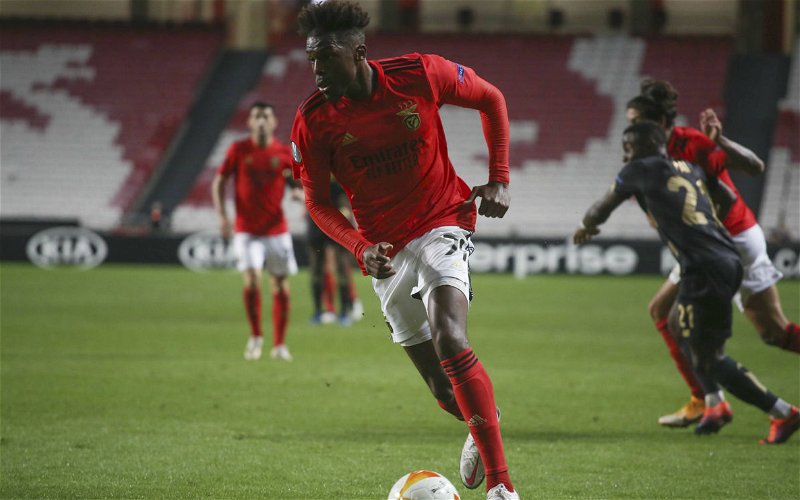 Newcastle are set to rival an Italian giant and a bottom-half Premier League rival for Benfica full-back Nuno Tavares.

According to Portuguese news outlet O Jogo, it is stated that Newcastle United are eyeing a move for Benfica full-back Nuno Tavares – but face competition from Burnley and Serie A side Napoli for his signature.

With three assists (and as many yellow cards) in 21 appearances, the promising young defender has exhibited his offensive qualities, but he stands out for his robust defending.

Even a cursory glance at his individual statistics [via WhoScored] point to a player who graces the game with a seasoned maturity well beyond his years as he grows into the game.

He is averaging 0.9 tackles, 0.5 interceptions, 0.6 clearances, 0.8 key passes and 1.3 dribbles per 90 minutes in the Liga NOS and the UEFA Europa League, but his distribution is a stand-out feature of his game.

In both competitions, the defender has averaged a pass completion rate of 77.5%, evidencing his reliability – and he is noted for his pacey style and work-rate.

His ability to play out from the back is another major component of his game that adds a new dimension to what he could offer.

Nuno would be a top young signing for the Magpies – but not with Steve Bruce around.

The Newcastle boss’ preferred 4-4-1-1 would be a stifling, conservative style for a player that thrives on a modern system of playing out from the back and launching long balls from deeper down the pitch.

If a new and more progressive manager is attracted, and Premier League status is secured, then he could be a superb long-term signing.

However, being under contract until 2024 puts Benfica under no pressure to sell and so he would have to me something of a marquee defensive signing.