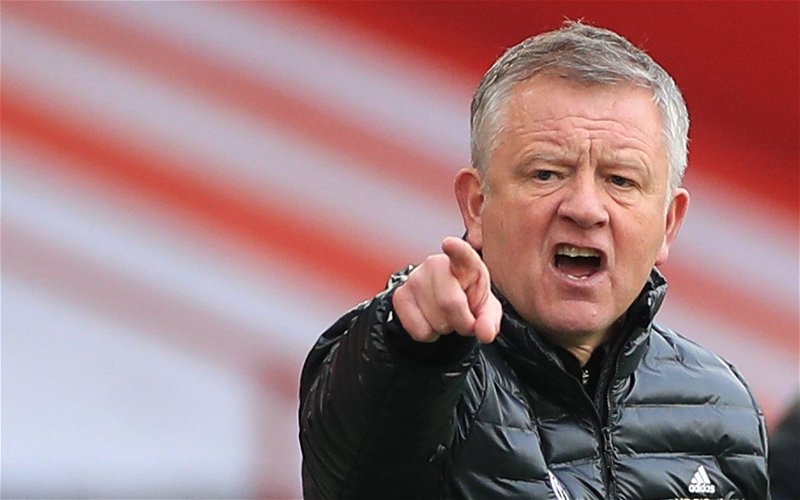 Chris Wilder is in the running to replace Steve Bruce should the under-fire Newcastle United boss lose to Brighton this weekend.

Speaking to Duncan Castles on the latest episode of the Transfer Window Podcast, journalist Ian McGarry revealed the recently-sacked former Sheffield United boss was a target for the Toon as they attempt to avoid relegation.

“We understand [Chris Wilder] is in the running to replace Steve Bruce, something which Sheffield United are aware of, and therefore are stalling on the compensation package [potentially owed to him following his recent departure],” he said from the 36:50 mark onwards.

Would he be a good addition?

While it’s hard to say whether or not he could come in and make an instant impact given what happened at Bramall Lane this season, Wilder does appear to have more a tactical mind than Bruce.

Indeed, his use of overlapping central defenders was frequently discussed last season while reports from The Independent back in November claimed those who have worked with Bruce say they didn’t encounter much in the way of deep coaching, potentially explaining why a developing talent like Sean Longstaff has regressed under his watch.

Given the problems at the top of the club, any manager enjoying a huge amount of sustained success doesn’t seem likely. Still, Wilder has proven he can energise his teams, taking the likes of Oxford, Northampton and then the Blades up with him through the divisions during his rise to the Premier League.

Clearly someone capable of getting the troops on side so to speak, as well as improving what he has to work with considering how well his team performed last season, it seems crazy to wait to see what happens with the Brighton game before making a decision.

If Newcastle want to make a change, they’re better off making it sooner rather than later. They’ve been burned before.