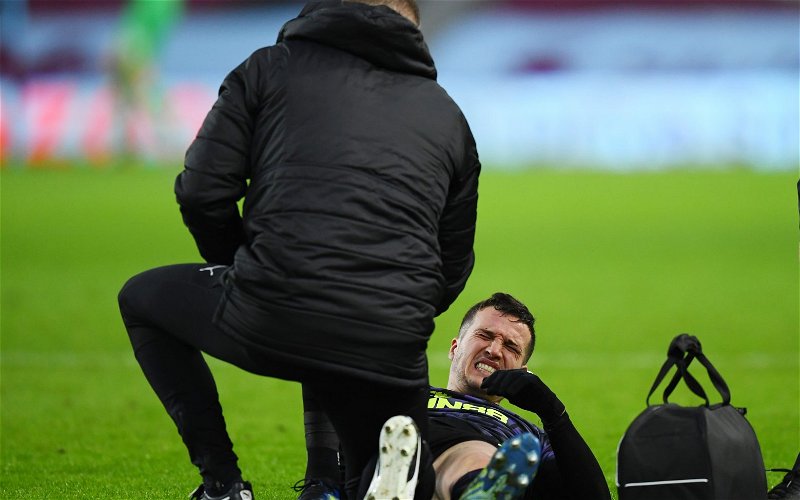 Callum Wilson won’t be the only key first-team player missing for a while according to Ciaran Kelly of The Chronicle.

Reporting after Steve Bruce’s pre-Chelsea press conference, Kelly revealed both Fabian Schar and Javi Manquillo could face a lengthy spell on the sidelines too. Indeed, Schar recently confirmed on Twitter he was likely to face a few months out of action, while Manquillo could be out for six weeks as a result of ankle ligament damage.

How big a blow is it?

We’ve already talked about how well Schar was playing before the win over Southampton which has proven so costly on the injury front.

Like his defensive teammate, Manquillo was also in good form. During the victory away at Everton, for example, the Spaniard won a team-high three tackles (via WhoScored), drew the most fouls of any Newcastle player (3) and found the mark with 50% of his long balls (3/6).

Considering no one made as many interceptions (2) as him against the Saints too, despite the fact he was forced off early, and it’s clear to see the numbers he was producing in some key metrics will be missed.

Who could come in and cover?

Both Emil Krafth and Jacob Murphy can operate as a right-back and, at the moment, perhaps it’s the latter who should be trusted. Though Murphy is not a defender by trade, Mark Thompson of Twenty3 did recently point out an interesting tactical shift since the arrival of Graeme Jones.

As he points out, Manquillo was showing an ability to drive up the right flank when Newcastle were in possession, forming a 3-4-3 shape, with the former Liverpool defender on the right, Wilson through the middle and Allan Saint-Maximin on the left. Considering the recent upturn in performances, it may be worth sticking with that plan, even if a change in personnel is required as a result of the mounting injury crisis.

With that in mind, Murphy’s experience as a winger may be helpful and more in keeping with going forward than Krath’s services.

It’s a bitter blow for Manquillo who was enjoying perhaps his best spell as a Newcastle United player.

With three major players in the recent revival now out for the foreseeable future, Bruce and Jones face a mammoth task to reinvent the team’s set-up once again. Hopefully Murphy, if trusted, can step up to the plate.

Goodness knows Newcastle will need someone to.