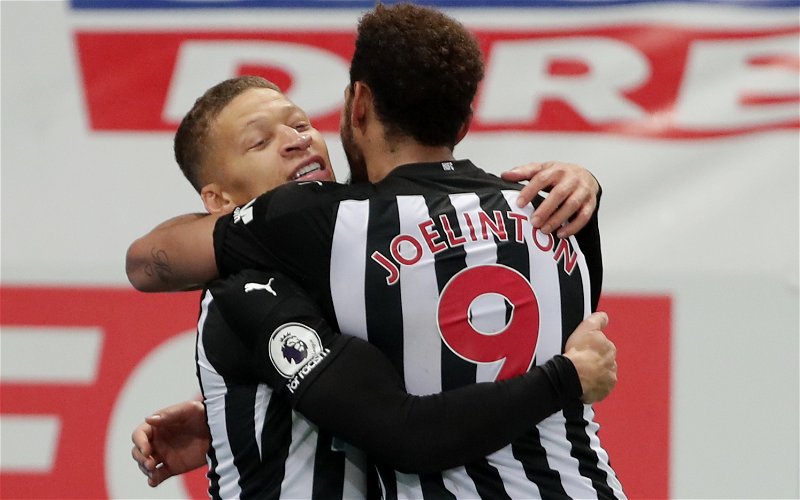 Dwight Gayle is in line for his first start of the season against Chelsea on Monday night according to The Chronicle.

“It’s for anybody to step up but we all know what Dwight is capable of,” said the 60-year-old.

“Again he has been racked with injuries, unfortunately.

“So we hope that he can stay well and stay fit.”

Gayle hasn’t ever had a Premier League season as prolific as Wilson was enjoying before his injury but that doesn’t mean he can’t play a big part in what’s to come.

Last year, the 31-year-old was absolutely crucial for Bruce. Four goals and two assists in twenty games might not sound like a huge amount but, in the context of Bruce’s Newcastle United, his six overall contributions accounted for 15% of their tally of 38.

So, he certainly has proven he can contribute at Premier League level, albeit in a side whose attacking line ranks amongst the worst in the division.

Clearly, missing Wilson for such a long time is a blow. Not only is he the top scorer, no one has assisted more than the 28-year-old, meaning Newcastle are likely to miss out in a number of different departments.

To try and put an overly positive spin on this would be a stretch but at least Gayle has proven he is capable of functioning in this team. With Allan Saint-Maximin back fully fit, Miguel Almiron in good form and Joe Willock able to break through midfield lines, the situation still does look marginally better than last season’s options up front.