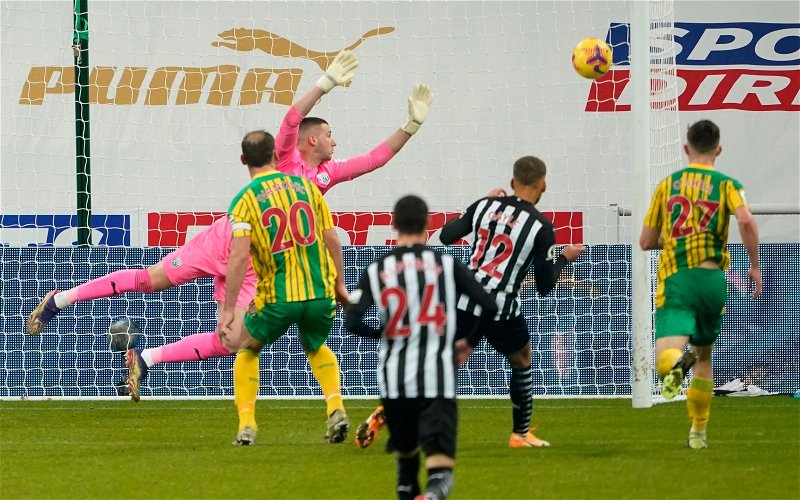 Newcastle United striker Dwight Gayle is a target for a rival side towards the bottom of the Premier League.

According to the Daily Mail, Fulham are keen on a move for the 31-year-old forward and could offer the Magpies an incentivised deal in order to bring him to Craven Cottage.

Out of contract at the end of the season, Gayle is also thought to be a target for clubs in the Middle East.

Outside of Callum Wilson, Gayle looks to be Steve Bruce’s most palpable goal threat given both Joelinton and Andy Carroll have combined for only three Premier League strikes since the start of the 2019/20 campaign.

Last season, he proved he can make a significant contribution at the top level, scoring four times and registering a further two assists, accounting for just over 15% of their overall total (38). Granted, the idea of selling before potentially losing him on a free may be tempting but selling to Fulham – a side who have seriously improved of late – would be a poor decision.

Though Newcastle aren’t currently in the relegation fight, making a team who are stronger would be reckless at best. Utterly stupid at worst.

What should Newcastle do?

Offer him a new contract.

The Athletic have previously claimed Gayle is happy at St. James’ Park and, with Bruce deploying a 4-4-2 formation seven times in the league this season (via WhoScored), there’s certainly scope in potentially starting alongside Wilson.

Failing that, acting on Middle East interest and trying to sell him out of the Premier League so as to not bolster a would-be rival would be a much safer bet.