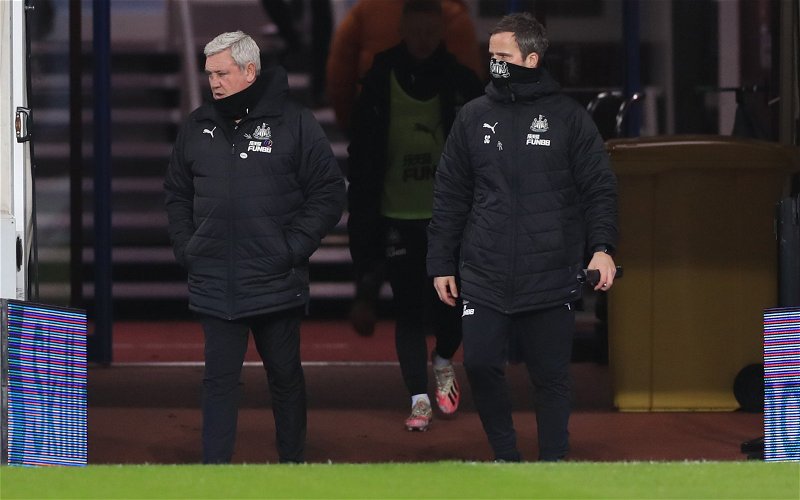 Speaking on the latest episode of the Touchline Talk podcast, Dean Jones said something interesting while discussing the future of Andy Carroll.

During the chat with Pete O’Rourke, Jones revealed that, while a move from West Brom for the striker was unlikely, the managerial situation at St. James’ Park was ‘uncertain’.

“Their manager situation is uncertain right now as well and it might that Steve Bruce is gone soon and they bring in a new manager who might really want Andy Carroll,” he says from 4:43 mark in yesterday’s video.

Nothing is mentioned about a potential replacement, with the idea of a return for Rafa Benitez played down later in the discussion.

Though Newcastle are enduring a truly torrid run of form, the mood music has appeared to indicate that the 60-year-old is safe at the moment. Indeed, with Graeme Jones linked with a move in order to aid Bruce, it does seem as if he’s being backed to turn things around.

Still, fans might be glad to hear there is at least a degree of uncertainty in regards to his standing.

A largely unpopular figure amongst the club’s fanbase, a departure at this stage would surely be welcomed by at least some supporters given some of the messages that have appeared outside St. James’ Park of late.

Hopefully, Mike Ashley has learned from the Steve McClaren fiasco in 2016 when the former England boss was sacked with just nine games to go, leaving his successor very little chance of turning things around.