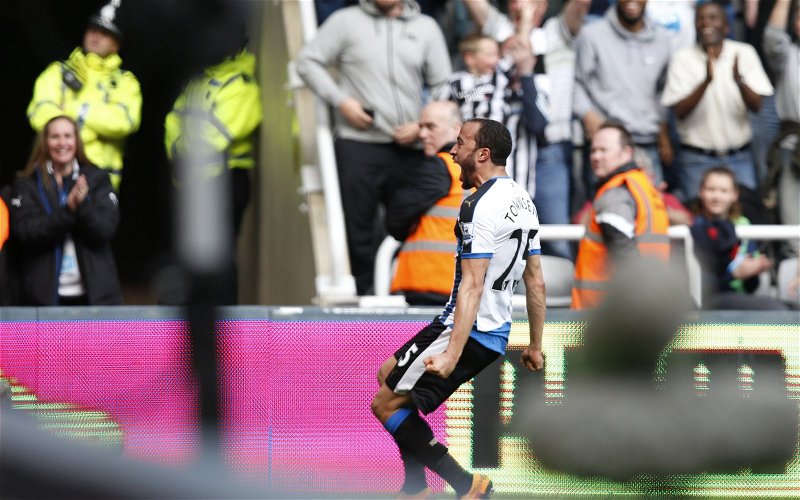 Speaking to talkSPORT, former Newcastle United winger Andros Townsend has opened up on the problems he faced at Tottenham Hotspur leading up to his move to St. James’ Park.

Talking to Max Rushden about Mauricio Pochettino’s method of working as he begins life in charge of Paris Saint-Germain, Townsend hinted the Argentine ruthlessly cut him adrift at the club he’d joined at the age of eight.

“That’s part and parcel of football.

“It’s difficult to regret things you do in your youth, I knew no better.

How did he get on with Newcastle?

During the recruitment drive of January 2016 as Mike Ashley attempted to give Steve McClaren the funds to avoid relegation, £12m Townsend proved an excellent – albeit brief – addition directly from Spurs.

In just 13 games on Tyneside before Palace activated the £13m relegation clause in his contract, the 13-cap England international scored four times and registered a further two assists. Indeed, he even admitted it was a difficult decision to depart.

Proving a hugely important player when Rafa Benitez arrived in March of that year, his dramatic free-kick against Palace kept the club’s hopes of survival alive and, despite only playing less than half the season for the Magpies, he recorded the highest number of key passes per game (2, via WhoScored).

In fact, Benitez then tried to sign him again during the Championship campaign though was blocked by Ashley, proving to be a major source of frustration for the Spaniard.

The Verdict on his signing

All in all, Newcastle jumped at the chance to sign a talented player yet to reach his prime despite some difficulty at a club looking to push on under Pochettino. Ultimately, they saw an opportunity amid the shifting sands at Tottenham and, on an individual basis, it worked out.

It’s just a shame wider problems at the club saw them relegated meaning they couldn’t hold onto him as Townsend looked to be enjoying life under Benitez.