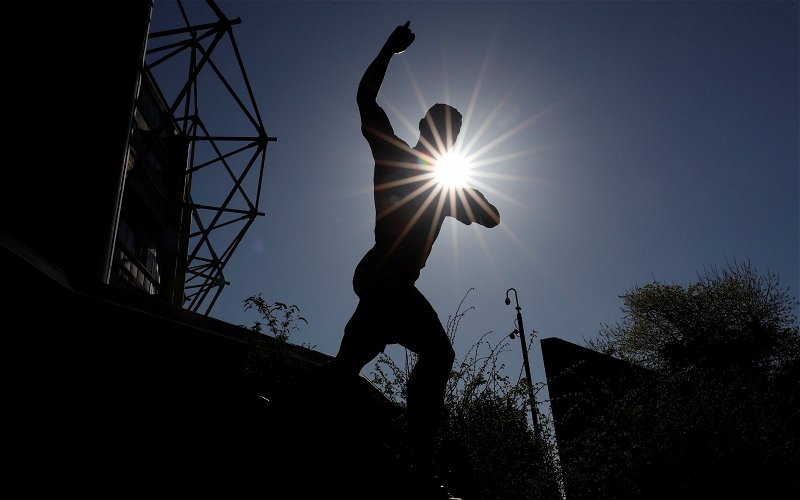 This article forms the launch of our Spotlight series where Nothing But Newcastle will shine a light on individual players who have made Newcastle United news, whether they be at the club already or not.

Although the emergence of the Longstaff brothers in the last season or two have slightly increased its profile, it’s fair to Newcastle United’s academy hasn’t always offered a direct route into the first-team. Prior to first Sean and later Matty, the last genuine prospect to establish himself was Paul Dummett and, before him, Andy Carroll was the headliner prior to his move to Liverpool almost a decade ago. After all, according to the Athletic, the club themselves recognised the fact that the likes of Mehdi Abeid and Victor Fernandez had complained of a lack of a pathway between the youth-setup and the starting XI.

So, the fact that a current academy starlet hit the news recently is reason to celebrate. Indeed, 15-year-old Bobby Clark was included to take part in the BBC’s ‘Wonderkid Challenge’, where three of the brightest young talents in England will face off to compete over who has the best skill move.

With that in mind, here’s a look at the type of player Clark is.

Who is Bobby Clark?

Bobby is the son of former Newcastle hero, Lee. Much like his father – who famously scored a hat-trick for England Schoolboys at the age of 15 – Clark junior has already made an impression at youth level. According to the Chronicle, he made history by making his U18 debut (a 2-1 loss to West Brom in August 2019) at 14 years and 206 days.

Given a scholarship earlier that year by the club, he does appear to be highly-rated.

Where does he play?

Listed on Transfermarkt as a right-footed midfielder, Clark is introduced in his BBC video as a ‘Number 10’ and someone who comes with ‘plenty of goals, pace and flair’. He also cites his favourite skill as the ‘double L turn’ which is comparable to the ‘Marseille turn’ popularised by the French striker Yves Mariot in the 1970s and later the likes of Zinedine Zidane and Diego Maradona.

The skill in question is described as ‘virtually impossible’ to defend against when performed at speed which could suggest Clark is certainly confident in weaving his way through a defence.

Are any other clubs keen?

According to the Daily Mail in November 2019, a number of clubs were thought to have been keen on a move for Clark, should he decide on a move away from the club. They cite the likes of Manchester United, Bayern Munich, Chelsea and Manchester City as those interested, with Tottenham thought to be leading the way at the time.

Newcastle have previous when it comes to losing exciting prospects. Back in 2017, Everton poached Lewis Gibson (an U17 World Cup winner with England) away from the club and a number of sides have previously been linked with a move for Freddie Woodman, hoping to tempt him away before he could be given a chance as a firs-team regular.

What has his father said about him?

Speaking to Tribal Football, Lee Clark has praised the coaching staff for their work with his son.

“We are a very, very proud family that he has been selected to represent England against the Republic of Ireland and Turkey”, wrote. It’s a great feat so we’re extremely proud. He’s getting coached very well at Newcastle’s academy. Everyone who is there and the various different teams he plays in are terrific.

“Ben Dawson, the head of coaching, I have a good relationship with and I have regular contact with him and talk about how Bobby is getting on. And I let them guys get on with coaching him and looking after him. They are doing a terrific job.”

All in all, Clark certainly looks an exciting prospect for Newcastle United in the years to come.