Opinion: Why Newcastle should allow £5.85m-rated dynamo to depart 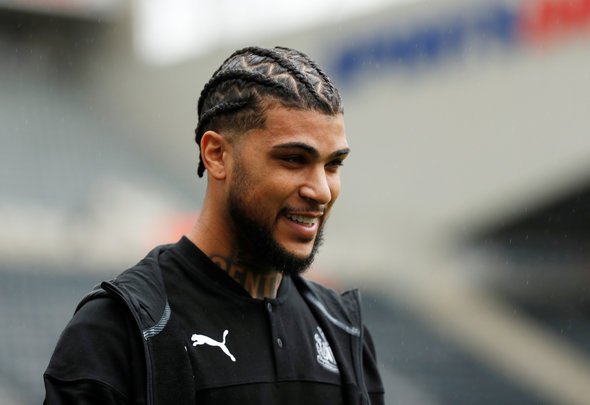 Rumours have surfaced that DeAndre Yedlin’s representatives are set to hold talks with Newcastle this week, with the speedy defender angling for a move away from St James’ Park this summer. Had it emerged before the Premier League’s restart that the right-back was thinking about his future elsewhere there may have been reasonable cause for concern amongst the fanbase.

However, given the switch to a four-man defence, where Steve Bruce has tended to favour Javier Manquillo, with Emil Krafth as deputy, it might be time for the Toon to cash in.

As a wing-back, Yedlin, valued at £5.85m (Transfermarkt), was a vital asset to the Magpies, with his frightening pace allowing for rapid transitions from defence to attack down the right channel. However, the recent success with a switch in formation has limited the USA international’s opportunities to bomb forwards when he has appeared and thawed his usefulness.

One issue with Yedlin has always been that the defender is outstanding at driving the ball into attacking areas, but often lacks the composure to threaten opponents, epitomised by his 0.3 key passes, with no assists this term, via WhoScored. Furthermore, he may be lightning quick, but it is rare to see the defender dribbling around opponents, doing so on 0.1 occasions per 90 minutes. Fundamentally, for Yedlin to be effective, he needs a clear passage to steam into and an easy pass available once there, which is an incredibly scarce occurrence.

Though what is even more suspect is the American’s defending. Per 90 minutes, Manquillo completes 0.7 more tackles, 0.2 more interceptions and 1.1 more clearances than his fellow right-back, truly dominating Yedlin when it comes to turning over possession and dispensing the ball from danger. The Spaniard has proven himself to be the more reliable of the duo in defence and as a result, Bruce has rewarded him with the majority of Premier League starts this term.

Though Manquillo does not offer the same attacking release as his USA international teammate, he has provided an assist this term from the same number of key passes per 90 minutes, 0.3, indicating he displays greater composure in the final third.

If Yedlin is not content with his current standing on Tyneside, then he should be allowed to leave the northeast. His Spanish teammate has staked his claim for the right-back slot courtesy of his reliability in the position and with Krafth available as an option for rotation, Newcastle would not need to search for cover.

Yedlin has fallen victim to Bruce’s tactical switch, but if he does not wish to remain and fight for his place in the starting eleven, then it’s time to search for a new suitor.