Opinion: Newcastle issue ultimatum to out of contract star 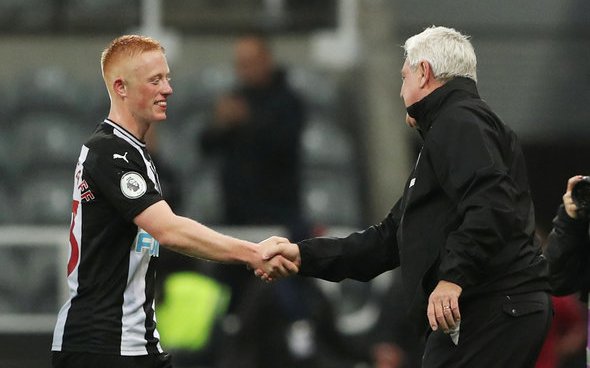 One of the great success stories at St James’ Park over the past two seasons has been the emergence of Sean and Matthew Longstaff.

The brothers in arms have each had marvellous moments to savour together, with the younger of the duo making a particularly memorable Premier League debut, scoring an absolute peach of a strike to see off Manchester United. Few players can say they celebrated their first game and goal in the top-flight alongside their siblings, but there is a genuine risk that could be the highlight of their brief time sharing the St James’ Park turf.

Matt’s contract situation has been an issue looming in the background at Newcastle for some time now, and as the extended season draws nearer to its conclusion the club have reportedly issued a “wonderful” offer, and it is up to the player whether he signs. Seeing the 20-year-old depart would be a heartbreaking moment for the Toon faithful as he would not only go for a fraction of his value based on a tribunal but potentially realise his enormous potential elsewhere.

Few players have emerged from Newcastle’s academy of late, and the Longstaff brothers have been an exception to that rule – the only other graduates in the current squad are Andy Carroll and Paul Dummett. It would leave a bitter taste in the Toon Army’s mouths to see one of their own depart because an agreement couldn’t be reached on a new deal.

Udinese appear to be the favourites to sign Longstaff should he depart, and the £30k-a-week contract which has been offered up to the player vastly outweighs his £850-a-week youth team deal that is due to expire.

Steve Bruce has revealed that unfortunately no progress has been made with negotiation between the club and the player’s agent stuck in a deadlock. The Magpies boss let his opinion be known that the club had offered Longstaff a “wonderful” deal, but admitted the ball was now in his court.

At 20-years-old Longstaff is the youngest player in Newcastle’s Premier League squad and alongside his brother, one of their brightest prospects for the future. Bruce awarded the player his top-flight debut and has rewarded his performances with a further six starts.

The decision to depart is in his hands with Newcastle and Bruce having offered what they deem to be fair. Still, it would be gut-wrenching to see Longstaff walk away from the club he supports just one season into his professional career.