Some Newcastle fans divided over “class” midfielder who “massively under achieved” 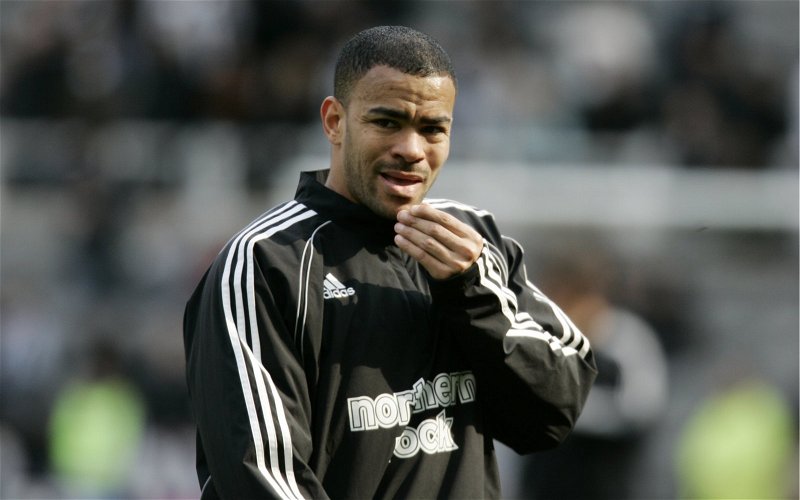 Today marks the 21st anniversary of when Kieron Dyer made his £6.5m switch from Ipswich to Newcastle United in 1999. The former England international midfielder is a divisive figure on Tyneside who often splits fans’ opinions given there were some incredible highs and humiliating lows to his time at St James’ Park.

One of the most infamous incidents was his scrap with teammate Lee Bowyer, and when the Chronicle tweeted asking fans to choose their favourite Dyer memory, they made it clear fans exclude the on-pitch punch up.

What’s your favourite memory of Kieron Dyer at #NUFC?

And no, you can’t say *that* Lee Bowyer incidenthttps://t.co/MnuQvqlJ5w

Some supporters reminisced on the outstanding talent that Dyer possessed and regularly displayed when he initially arrived on Tyneside, instantly picking out his delight dinked finish against Everton, arguably the pick of his 23 Premier League goals.

That goal v Everton, from the half way line, touched it about three times, dinked it over the keeper after beating all in front of him

Meanwhile, others were quick to point out his tremendous performances against Leeds United, a Premier League goliath at the time. Dyer notched two of his 34 Newcastle goals against an opposition side who had reached the Champions League semi-finals two years prior.

Two good goals away at Leeds in 02/03. In fact, he was class throughout that season. Watched the season reviews back from 01/02 – 04/05 recently and he made so many of our goals. Quality player when fit.

Games against Leeds home and away either side of Xmas! Couldn’t cope with his (or Bellamy’s) pace! Won 4-3 and 3-1.
Injured a lot, had bags of potential

When Sir Bobby Robson reinvigorated his boyhood club in the early 2000’s Dyer was a vital cog in the Magpie’s engine room, and some fans memories of the industrious midfielder’s displays have not faded. The England international earned his first cap in September 1999 after moving to the northeast and would go on to make 33 appearances for the Three Lions, all of which came while he was on Tyneside.

Goal against Liverpool and one against Leeds back when we played some great football under Sir bobby. Dyer was a good player for us when he played people have short memories obviously.

However, injuries took their toll on the central midfielder’s career and causing him to miss 98 matches in the time after he had moved on from Newcastle alone. Some feel that because of the injury issues and other incidents, such as crashing his Ferrari, Dyer never realised the promise he initially showed.

Always felt, for whatever reason he massivly under achieved.

When he left , what a waste of talent. Could have done so much more.

But for some fans, it was the fact that he was blamed as a major reason for the beloved Robson’s departure which is a significant aspect they simply cannot overlook when assessing his career.

Not a fan at all. Major reason why Bobby the god was sacked. Waste of space in many peoples view

It is fair to say few players who have represented Newcastle United in the Premier League era who supporters remain quite so divided on when discussing their tenure at St James’ Park.