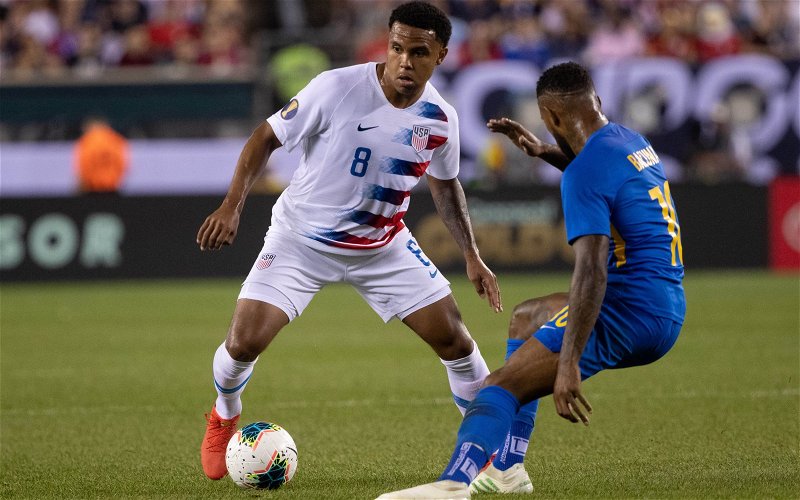 One American international could be set to replace another on Tyneside next term, reports from the United States have suggested.

DeAndre Yedlin and his representatives have held talks with Newcastle United over a potential move away as he has fallen out of favour under Steve Bruce. Furthermore, the 27-year-old has just one year remaining on his contract in the northeast, meaning it would be a risk to hold onto the wantaway defender and eventually see him leave for nothing.

Speculation has suggested that compatriot Weston McKennie could be arriving in his place and the versatile Schalke midfielder would be an ideal acquisition for the Magpies, given he can operate either as a central midfielder or right back.

The Miners may not have enjoyed a vintage Bundesliga campaign under David Wagner, finishing 12th, but McKennie has displayed promise over numerous seasons, so that should not put Newcastle off. The 21-year-old has never made more starts in a season than his 24 this term, also completing another personal best by contributing three goals. The American international has accumulated a vast amount of experience for his age, with 75 Bundesliga appearances to his name, which would undoubtedly help him adapt to Premier League life.

Even with a struggling side, the midfielder has continued his improvement on a personal level, taking on greater responsibility by averaging 36.7 passes per match, with an 80.9 per cent success rate, his best in the Bundesliga. Not only has McKennie featured more frequently from the off than before, but he has also exerted a more significant influence on proceedings, along with improving his assurance in possession.

If Yedlin does depart this summer, as is expected, then the Magpies will need to consider bringing in reinforcements or potentially risk leaving the squad short. Javier Manquillo and Emil Krafth can both slot in at right-back, but McKennie is a particularly exciting proposition as he is also an adept midfielder.

This term the 21-year-old has played as a central midfielder in 20 of his appearances, and he is considerably more effective in a defensive capacity, specialising in interceptions, blocks and aerial duels. What McKennie, valued at £18m (Transfermarkt), offers is similar to that of Isaac Hayden and Nabil Bentaleb, but with the bonus of being able to cover in defence.

Furthermore, Bentaleb will be returning to Schalke once his loan at St James’ Park is completed and the Newcastle hierarchy ought to consider that at four years his junior, McKennie is a brighter prospect for the future than the Algeria international.

Given he can either replace the reportedly departing Yedlin, or challenge for a midfield berth, McKennie would be an outstanding addition to this Newcastle side. He already has an abundance of top-flight and international experience, along with the potential to improve, which makes him a particularly appealing prospect.