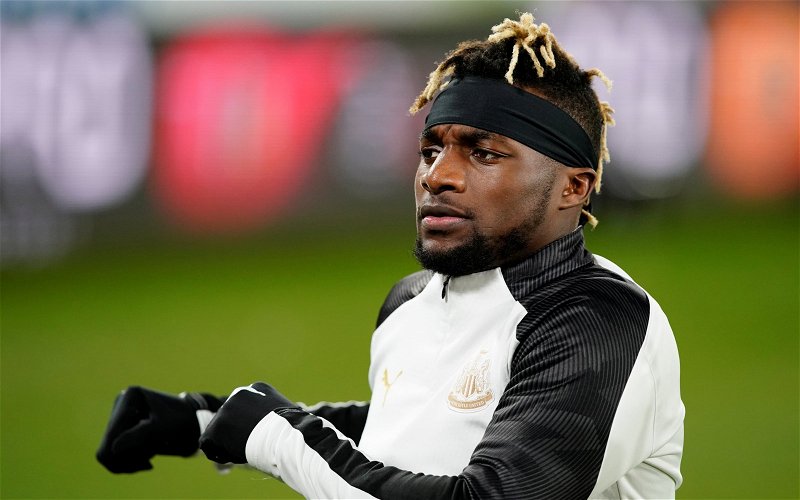 Steve Bruce has guided the side to eight points from four games and having been looking over their shoulder at the bottom three earlier in the campaign, Newcastle are now peering up towards a top-half finish. A critical factor in the recent spike in results has been wing wizard Allan Saint-Maximin, who has contributed three assists and a goal since the return, as per WhoScored.

Ex-England international Emile Heskey has not only noticed but observed that Bruce has changed his stance on resting the summer signing.

Speaking to the Chronicle, Heskey said: “He’s been wonderful for them. It’s interesting that he’s [Bruce] playing him again because we were talking about, not dropping him, but resting him.”

The former Premier League striker added: “It shows how well the lad is playing because you can’t leave him out.”

When it comes to dribbles completed this season Saint-Maximin is dueling with the very best Europe has to offer, only Lionel Messi, 5.6, and Adama Traore, 5.0, have completed more dribbles per-match than Saint-Maximin’s 4.6, via WhoScored.

However, earlier in the season, much to the winger’s and manager’s frustration, his blistering pace had to be carefully managed as he repeatedly sustained hamstring and other muscle injuries. which led to the Frenchman missing 11 matches this term. The 23-year-old had also missed out on two fixtures due to both fitness and to rest him as a precaution.

Since the restart, Saint-Maximin has started each of Newcastle’s four matches, and as Heskey noted, his stellar performances have made the Magpies winger virtually undroppable. His form the first three matches since the 100-day Premier League break were staggering, leading to average match rating of 8.34, while also winning him two Man of the Match awards for his displays against Aston Villa and Bournemouth, via WhoScored.

Fortunately for Bruce, the electric winger hasn’t yet shown signs of his body breaking down as it had done previously when the games came thick and fast around the festive period, which was when he experienced most of his hamstring issues. The break appears to have worked wonders for the summer arrival, whose unique, vibrant character and playing style has been endearing him to the St James’ Park faithful and those watching at home all season long.

Hopefully, it won’t be long before fans can witness his superb form first hand once again.