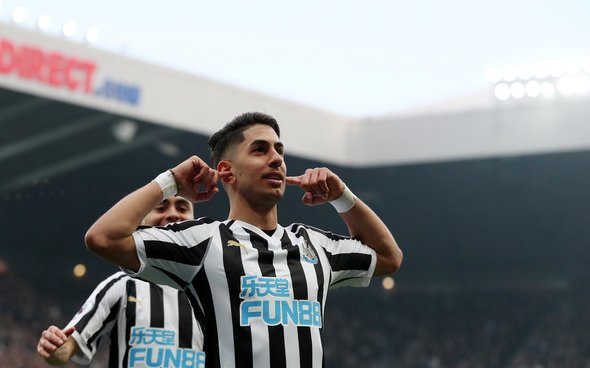 A lot of Newcastle fans are criticising former attacker Ayoze Perez after a tweet suggested that he was a better player than people believed during his period at the club.

Fan account NUFC360, disagreed with Leicester City fans who slammed the Argentinian for being lazy, via LeicestershireLive, however it doesn’t seem like their opinion was agreed with by many of the Magpie fanbase.

Before his £30.06 million move to Leicester, via Transfermarkt, Perez enjoyed a decent goalscoring record for the side, managing 65 goal contributions in 198 appearances.

His most successful spell was last year when he scored 12 in England’s top flight last campaign, but it still hasn’t stopped fans of the club believing he is ‘overrated.’

The criticism may be unfair, but both fans of Newcastle and Leicester both believe that the player is not performing to the big price tag that he cost the Foxes in the summer.

It seems like it was good business for Newcastle, but it looks like it wasn’t spent in the best way, as they paid £39.60 million on Brazilian striker Joelinton de Lira, per Transfermarkt, who has only managed one goal in the Premier League since his arrival in the summer transfer window.

Here’s what fans had to say about Perez:

I saw this article this morning about Ayoze – https://t.co/ss9LK1mbNg

If I can correct #Leicester fans on one thing, it's the fact that he isn't lazy. If he looks lazy, it's because of how Rodgers wants him to play. One of the hardest workers under Benitez.

Totally disagree he was at times a very lazy player. Only had patches of good form in a poor team.

Massively over rated. Was ok for us but nothing more. Heart the size of a pea

Didnt run any more than any other playet , complete myth . Hes getting found out big time . Newcastle was his level.

He’s an average player who had a good 6 months at Newcastle. Massively needs to the system to benefit him and is limited in capabilities. No where near close enough for a CL team.

Overrated. Played well for a few months for us. Pretty average the rest of the time. Same as Almiron really 🙄

It’s a myth he worked hard. Sure he ran around a bit but he never got near to tackling anyone.