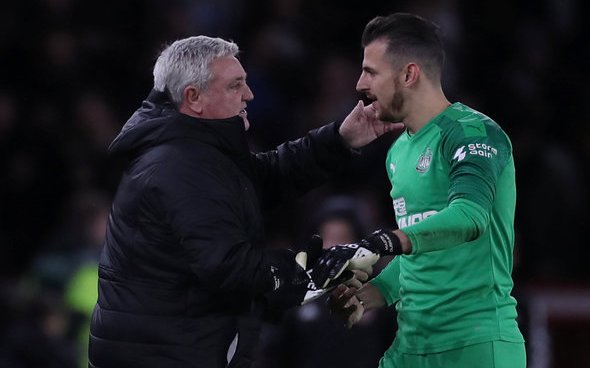 At the moment, there are few sides as unpredictable as the Toon Army in the Premier League, and it was another underwhelming outing for Steve Bruce’s boys after a couple of really promising displays in the past week or so. A late 2-1 win against Southampton papered over a whole host of issues and  managed to keep their unbeaten run trundling along, but this was hardly a vintage Toon outing, and it speaks volumes that it was goalkeeper Martin Dubravka who drew a  lot of praise from supporters on social media. It was another watertight display from the big stopper, and even though he conceded, he deserved the praise that was lavished on him. There are times when he keeps the Magpies in matches almost singlehandedly, and without his interventions against the Saints, in the first half in particular, even a point might have been too far out of sight for Bruce’s side. So far this term, the 30-year-old has averaged 3.8 saves per game in the Premier League so far this term, as per Whoscored, and a high proportion of those have been right out of the top drawer. It doesn’t bare thinking about where the Magpies might be were it not for the Slovakian, and every passing week, the Toon Army must be a little more thankful for him.