Fernandez came back down to earth v Burnley 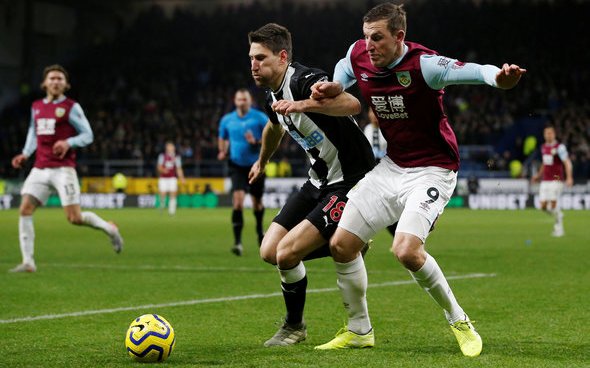 Saturday’s 1-0 defeat at Burnley was an extremely disappointing result for Newcastle United, slamming the brakes on the momentum of a few positive results in recent weeks.

There were barely any Newcastle players who performed to the level that they have recently, with the team seeming to pay the price for the absence of injured stars like Ciaran Clark, Jonjo Shelvey, Miguel Almiron and Allan Saint-Maximin.

One of the players who has been a real star in recent weeks, but who failed to perform at Turf Moor, was centre back Federico Fernandez. The Argentine international came back down to earth with a thud on Saturday after a terrific run of form.

He conceded the corner which led to Chris Wood’s winner, while he looked way off the pace from start to finish. Considering how spectacular the 30-year-old has been of late, this was a real shocker from the former Swansea City man.

The statistics demonstrate that while he was busy, due to Newcastle being on the back foot for the majority of the game, it was a case of quantity more so than quality for Fernandez.

As per WhoScored.com, the Magpies stalwart made two tackles and six clearances. However, it’s telling that he made zero interceptions, suggesting that his defending was rather last ditch and perhaps a bit desperate.

His passing, meanwhile, was wayward. Fernandez made 49 passes but just 73.5% of them found their intended target. Again, this comes after weeks of brilliance from the defender.

No-one’s suggesting he should be dropped after one bad game, but it’s important that the Argentine bounces back against Crystal Palace next time out.