Bruce takes up the manager’s spot in charge of Shearer’s eleven after masterminding Newcastle’s hugely impressive 3-2 victory at West Ham United on Saturday.

Meanwhile, Saint-Maximin is rewarded for an afternoon’s work where he may have all but ended the career of the Hammers’ veteran right back Pablo Zabaleta. 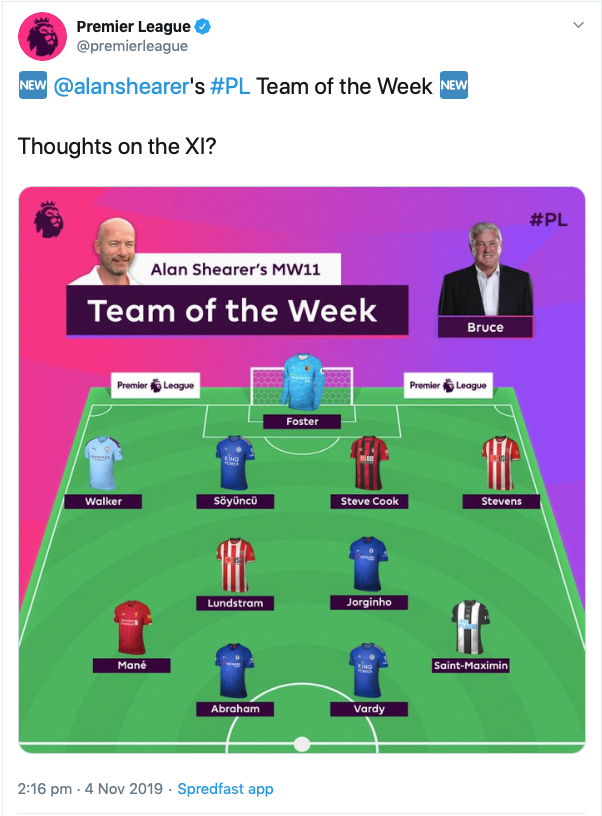 It’s hard to argue with either of these decisions from Shearer. The final score on Saturday really wasn’t representative of the majority of the game. Bruce set his side up perfectly and they bamboozled the hosts from start to finish at the London Stadium. Yes, they let in a couple of disappointing late goals, but overall this was a fine afternoon’s work from the Magpies boss. Then there’s Saint-Maximin, who was absolutely electric. This felt like the 22-year-old’s coming out party, the game the Newcastle fans have been waiting for ever since he joined the club last summer. The statistics demonstrate just how impactful the former Nice man was on Saturday. As per WhoScored.com, he had three shots – all of them on target – as well as one key passes and a massive five successful dribbles. He was also fouled twice, while knocking four long balls forward. Zabaleta and co. couldn’t live with him, and he was absolutely pivotal to this terrific Newcastle victory.