Of all things Newcastle United fans were expecting to see on Thursday, we think it’s fair to say Arsenal midfielder Granit Xhaka being linked with the club was not one of those. The Times have reported that Steve Bruce is a big admirer of the Swiss international, and will offer him a lifeline in January at St James’ Park, with a transfer request expected at the Emirates Stadium. This is definitely not the answer, with his wages suggested to sit at £130,000-a-week, which is almost double the amount of their highest earner Miguel Almiron. Mike Ashley isn’t exactly known for splashing the cash in the North East, so that appears to be a massive hurdle to overcome already. It wouldn’t be a bad thing to miss out on Xhaka though, with the 27-year-old already proving to be unreliable in the heart of midfield, which could damage Bruce’s usually strong options. Many Newcastle fans reacted to the report on Twitter and slammed the suggestion that Xhaka could make the move, with the majority turning down the chance due to money, and the fact that they believe they already have stronger options. 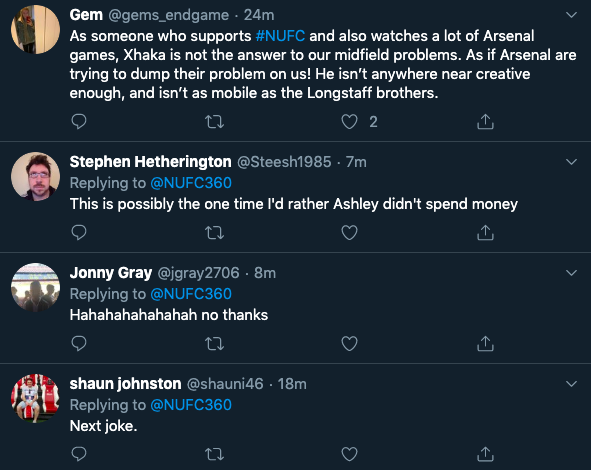 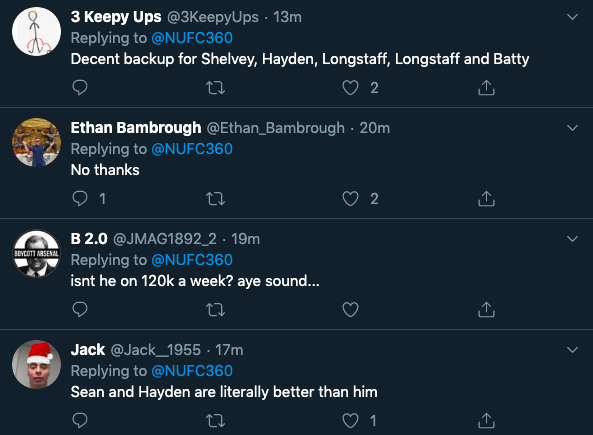