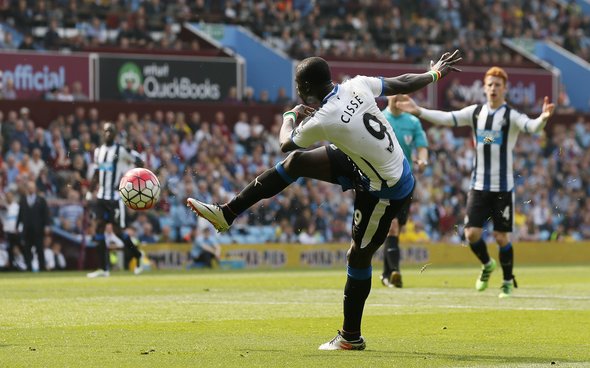 Sometimes you come across a transfer report that makes you stop in your tracks and double check that you haven’t misread it. TEAMtalk’s latest piece, suggesting that Newcastle United have been offered the chance to re-sign Papiss Demba Cisse, certainly does just that. The Senegalese predator is 34 now and sticking them away for Alanyaspor over in Turkey. In fact, he has nine goals in nine games so far this season, and according to the report, is performing so well that he still believes he could do a job in the Premier League. That’s where the Toon Army come in, with the article claiming that they have been offered the chance to sign the ex-Magpie for a cut-price fee of £3 million in January, with his contract running out at the end of the season. Many Toon fans seem onboard with this idea, and the price is certainly more than affordable. They need goals, Cisse has them in abundance at the moment, and the nostalgia is strong. That being said, whether Mike Ashley would actually sanction a move for a 34-year-old remains to be seen, and as has been proven with Andy Carroll thus far, nostalgia isn’t always the greatest justification. Time will tell with this one, but it feels like a long shot. 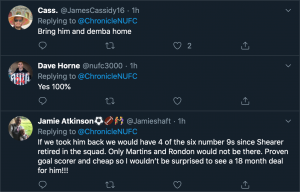