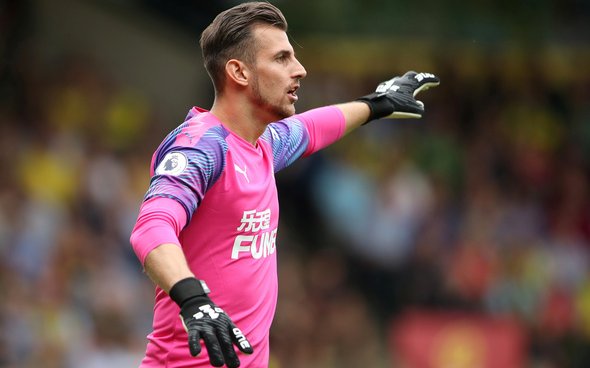 Martin Dubravka has only just been handed a new six-year contract by Newcastle United – but that has not stamped out the mistakes that he is making that are leading to goals. Dubravka had a shocker on Sunday as the Magpies drew 1-1 against Wolves at St James’ Park. Steve Bruce’s men could have secured their third win of the season if it wasn’t for the Slovakia international flapping at a relatively harmless cross before gifting the West Midlands side an equaliser. It was really poor and for someone who the club has shown a lot of loyalty to recently, you have to expect a lot better. It’s not something that Bruce or anyone else can stamp out, except maybe the goalkeeping coaches. But we all know that Dubravka is a top goalkeeper on his day but 2019, for whatever reason, just has not been a good year for him. Dubravka’s mistakes need to stop and a lot of Newcastle fans on Twitter are not happy at all with the experienced goalkeeper.

Dubravka yet again costing us points! Can’t believe he’s been given a new contract he’s the worst number 1 we’ve had for a long time! Don’t get all the fans that rate him he’s terrible

Poor decision, poor GK. A lot of modern day keepers are good shot stoppers but his all round game isn’t as good as he’s hyped up to be.

Hes a pretty average keeper tbh. Too many goals conceded where i think "he should have done better there."

How long does Dúbravka continue to make point dropping basic errors before his place comes under threat? It’s becoming a regular occurrence. Every other week now. If there’s no chance your no.2 comes in then what’s the point in Darlow being at the club #NUFC

Dubravka gesturing "where's the movement?" like a Sunday league player, just about sums us up here… #NUFC

Dubravka actually needs to fix up. Been wayy too complacent all season. 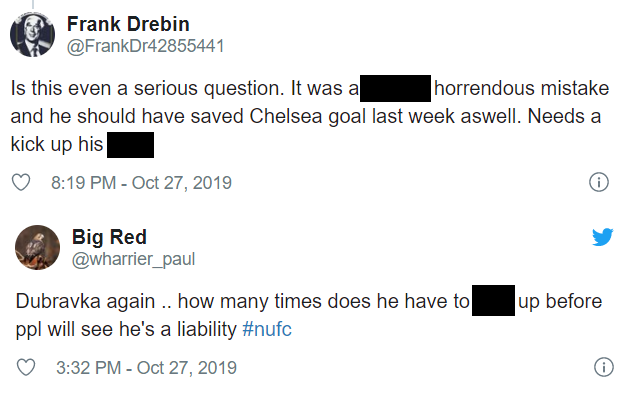