Newcastle United fans have been here before on countless occasions so you can understand why so many of the club’s loyal supporters are refusing to believe that any serious moves have been made in a potential takeover. According to the Shields Gazette, that is what has happened. It is understood that GACP Sports Limited, owned by billionaire Joseph DaGrosa, and Peter Kenyon have offered Mike Ashley a deal worth £175million, with a further £125million to be paid over three years. Two companies were also said to have been merged Stateside last week in a bid to carrying out the takeover. It would be an exciting development for Newcastle supporters if they had not heard the same thing before. In the summer it was widely reported that Sheikh Khaled had some something similar by creating a company with a view to buying the Premier League club. You have to understand why there is so much pessimism among the Toon Army. Hopefully something will happen soon.

We've been here so many times before it's tiring. https://t.co/9gbB2BAA41 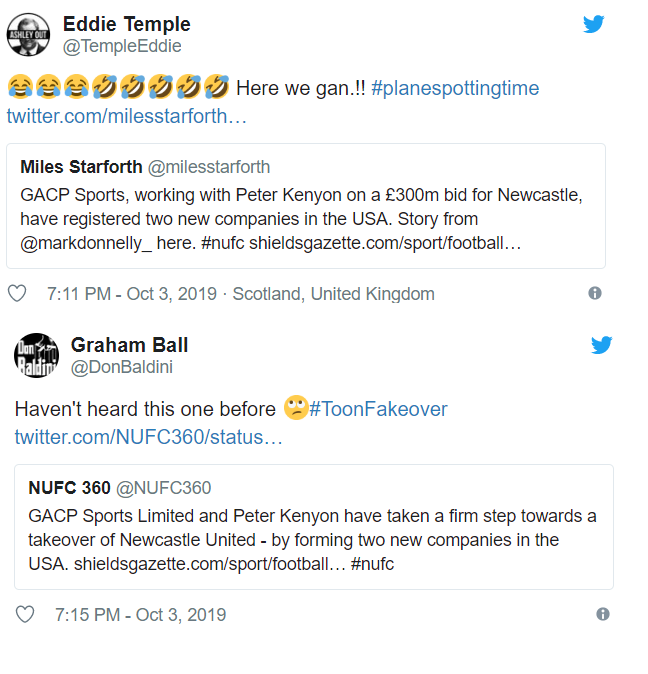