Lineker: Longstaff should have been booked 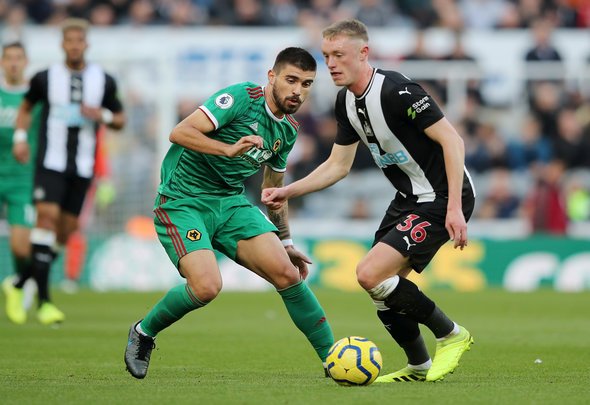 Gary Lineker has suggested that Sean Longstaff should not have been sent off in Newcastle United’s 1-1 draw with Wolves on Sunday.

The 21-year-old midfielder was given a late dismissal for a challenge on Ruben Neves after Jamaal Lascelles’ first half header was cancelled out by a strike from Jonny.

And while he acknowledged that a red card was understandable, Lineker suggested that he would have been satisfied with a booking instead.

Writing on his personal Twitter account, he said: “Can see why Sean Longstaff was shown red, but yellow would have sufficed for me.

“Got to stay on your feet these days, though.”

Longstaff will no doubt be gutted to see red in the manner that he did, but he did deserve to go. Watching the incident back, it’s fairly clear that there is no malice involved, but there is also little argument that he is not fully in control of his slide, and he does make contact with Neves’ leg high up on the shin. There’s not a great deal of force involved, and it’s definitely a result of clumsiness as opposed to aggression, but nonetheless, the youngster had to walk. You could even see in his reaction that it was the right decision. From the moment that he grimaces in realisation of what he’s done, to the calm, accepting way in which he left the field, it was evident that he knew he’d gotten it wrong, and the punishment was justified.