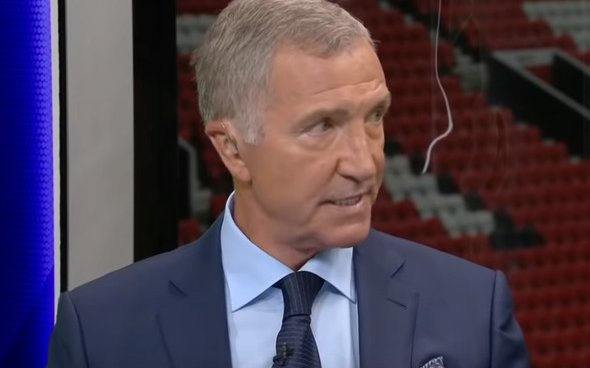 Graeme Souness believes that debuts do not get better than what Matty Longstaff experienced on Sunday evening as he scored Newcastle United’s winning goal against Manchester United.

Longstaff, 19, rattled the crossbar in the first half before bagging a winner after the break to seal a 1-0 win for the Magpies at St James’ Park.

The midfielder, who was paired up with his older brother Sean in the centre of Steve Bruce’s formation, was making his Premier League debut and ex-Newcastle boss Souness was thrilled with what he saw from the teenage talent.

“In the first half he was fabulous,” said Souness on Sky Sports Main Event after the match on Sunday night. “He’s a lovely clean striker of the ball, he was pinging it.

“In that, against Manchester United, 19-years-old, on his debut. He belonged out there.

“It wasn’t like ‘I’ll take 15-20 minutes to get up to speed. From the first touch of the ball he looked confident, he was prepared to open the play out.

“And you have to say, over the 90 minutes, do debuts get better than that? He was fabulous.”

Souness has every right to be awestruck by what he saw from Longstaff on Sunday. The 19-year-old only made his senior debut for the Magpies earlier this season when he played against Leicester in the Carabao Cup and after watching him play for the first time in the Premier League this weekend, you have to wonder why he hadn’t played sooner. Not only did Longstaff score the winning goal and hit the woodwork in the first half, he also looked really cool and calm on the ball whenever he had it – especially for a top-flight debutant. According to WhoScored, Longstaff attempted 39 passes – more than any Newcastle player – and also won one tackle and two interceptions. Sky Sports Statto says that the 19-year-old also ran more than any other player on the pitch at 11.36km. No one worked harder than Longstaff and hard work rewards you on days like this where simply everything went right for the young man. Man United players need to take note.