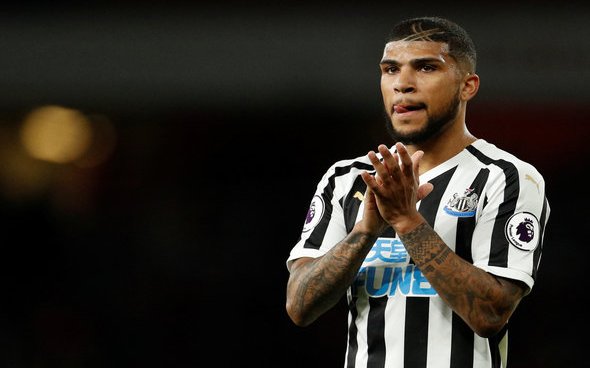 Newcastle United manager Steve Bruce has admitted that he was left “disappointed” by the decision of USA national boss Gregg Berhalter to play Deandre Yedlin in midweek.

The 26-year-old full-back played 70 minutes for his country against Canada on Tuesday night, despite being sidelined with a groin issue for some time.

Bruce also took exception to the fact that Yedlin did not feature in the USA’s 7-0 win over Cuba a few days earlier, when he remained an unused substitute.

Speaking in a press conference on Friday, as quoted by the Chronicle, he said: “We are a bit disappointed there.

“He has been out such a long time, we could not understand why he didn’t play in the first game. But he’s played 70 minutes on Tuesday and unfortunately they got beat.

“He came in on Thursday and he seems OK. Obviously, we will have another look at him this morning but hopefully he’ll be alright.”

You can absolutely understand Bruce’s frustration here. At the end of the day, Yedlin has been in the treatment room for quite some time now, and he needs easing back into action slowly so as to not create issues that have more longstanding effects on him. From a US perspective, you can understand the draw of throwing Yedlin back into the side in such a feisty clash with Canada, but there has to be some kind of understanding from an international set up that players have club commitments too. As it is, Yedlin didn’t exactly pull up trees on Tuesday, and was given a scathing 2/10 by ESPN for his performance. The hope now will be that he is still fit enough to feature in some capacity against Chelsea this weekend.