Mike Ashley will not be remembered fondly at Newcastle United. Rightly so, the controversial businessman has consistently failed to back managers, and only broke his transfer record from 2005 in 2019, a 14-year gap which saw many other sides overtake them in the Premier League table. An owner is meant to make sure his team are well-equipped to finish as high as possible, and Newcastle fans have had to watch their side struggle in the transfer window for many years, something which has affected their side on the pitch. Daily Mail journalist, Craig Hope, shared a story on his personal Twitter account, claiming that Peter Kenyon had launched a fresh takeover bid, and is waiting for a response from Ashley. Given that the Bin Zayed Group had offered the desired £350million needed to complete a takeover [The Sun] and it didn’t happen, the Magpies’ faithful can be forgiven if they weren’t to believe their owner wasn’t as committed to selling the club as once thought. Many Newcastle fans had a similar reaction to the takeover bid as they took to Twitter to rubbish the report, with the majority simply saying “here we go again” as they clearly have stopped believing that they will ever see Ashley sell the club in the near future after talks collapsed earlier in the summer with the Bin Zayed Group. 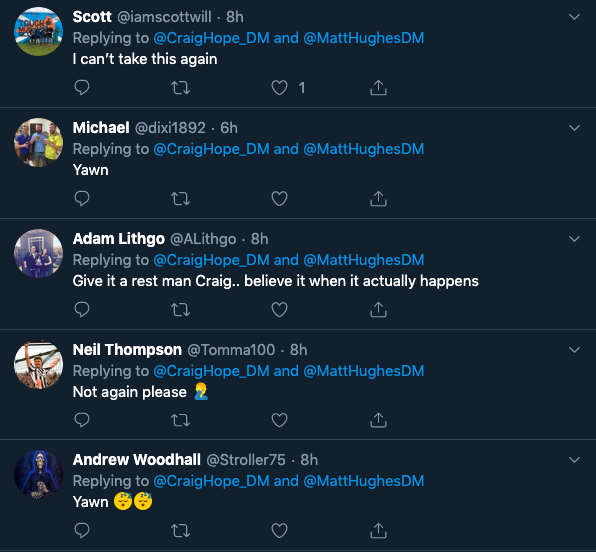 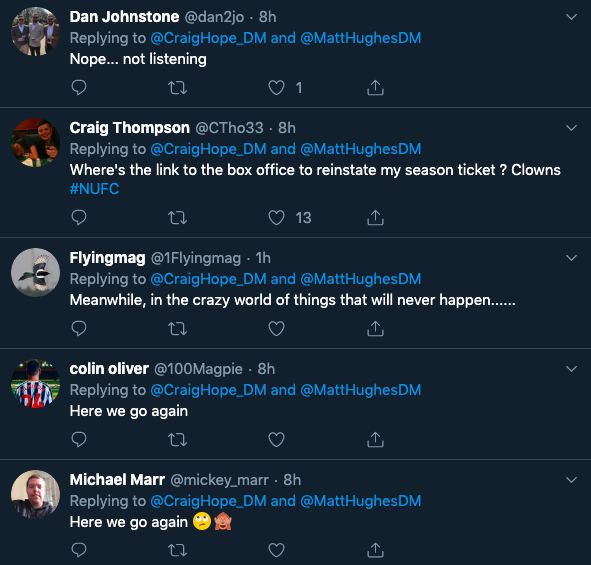