The Chronicle journalist Lee Ryder reported on his personal Twitter account on Friday that Newcastle United duo Andy Carroll and Allan Saint-Maximin, both previously injured, are in the match day squad for Saturday’s clash with Brighton & Hove Albion. The former has been sidelined since he re-joined the Magpies this summer, carrying over an injury from his West Ham United days. Saint-Maximin, meanwhile, also wasn’t fully fit when he arrived on Tyneside. However, he was rushed back against Tottenham Hotspur earlier in the season, only to aggravate his injury and miss more time. You’d suspect, then, that both these men will only make the substitute’s bench against the Seagulls, although the crucial look of the contest means that anything is possible. Most Newcastle fans seem pretty happy about the double act returning to the first team fold, although some are understandably concerned that they’re not fully fit and/or this is a cynical attempt from Magpies chiefs to improve attendance at St James’ Park. 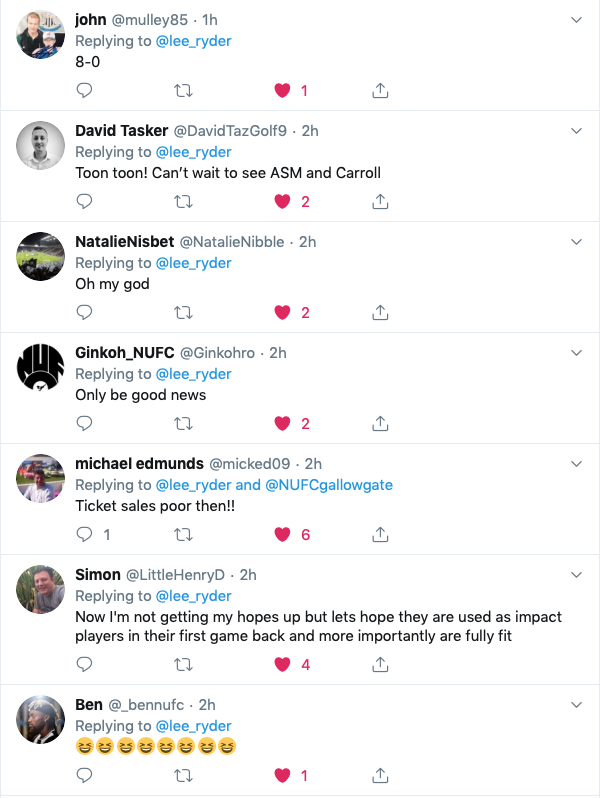