Bruce: I would have tried to keep Diame 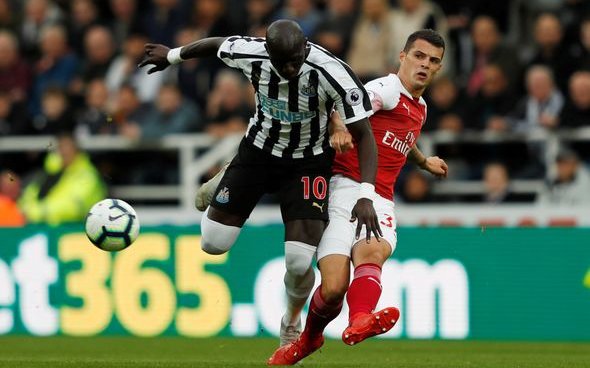 Newcastle United head coach Steve Bruce has said that he would have tried to keep former Magpies midfielder Mohamed Diame at the club had he arrived earlier this summer.

The Senegal international left St James’ Park upon the expiration of his contract at the end of last season. Bruce, though, would have fought to keep his former player on Tyneside.

“I enjoyed working with Mo Diame,” he said, as per the Shields Gazette. “He was excellent for me and I believe he was excellent here. A very, very good player.

“But it was done and dusted before I came here. Certainly had I been here I would have tried to keep him. He’s a good player.”

This is interesting. Obviously Bruce and Diame worked together at Hull City a few years back, where the latter generally performed pretty well in an inconsistent Tigers team. Eventually he would up at Newcastle, but saw his time with the Magpies end this summer. The fact that Bruce says he would have tried to keep him, though, doesn’t really jive with what we’ve been hearing about the reason Diame was let go by the club. The Chronicle reported in May that Diame failed to pay the required number of games to trigger a one-year extension in his contract. Former boss Rafael Benitez was happy to see the 32-year-old move on. Meanwhile journalist Lee Ryder claimed during a Q&A on the Chronicle [13.43] that Diame wanted a two-year extension but the club only wanted to give him a one-year deal because of his age. So clearly it was a decision made due to club policy, so would Bruce have really been able to change that? Probably not.