Savage hits back at Newcastle fans 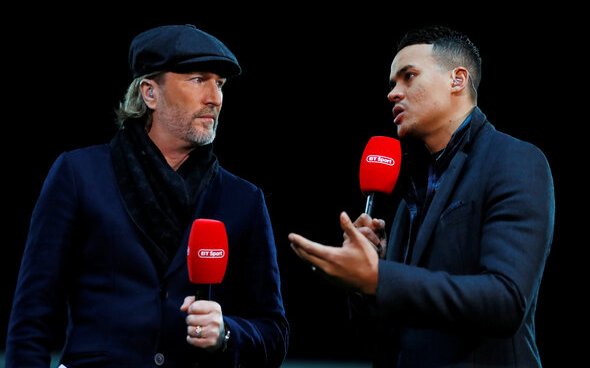 Robbie Savage lashed out at Newcastle United fans as he apparently has heard fans crediting Rafa Benitez for the Magpies’ 1-0 win over Tottenham on Sunday.

The BBC pundit claimed that Newcastle fans were saying that Steve Bruce had beaten Spurs 1-0 on Sunday with “Rafa’s team” and seemed aggrieved that the current Magpies boss isn’t getting credited for the surprise victory.

“Bruce has gone to the new stadium and won 1-0 against a Spurs side who got to the Champions League final last year, yet all I’m hearing off Newcastle fans is that it’s Rafa’s team, nonsense,” said Savage on BBC Radio 5 (August 25th, 18:30).

Bruce registered his first win as Magpies manager against Spurs on Sunday after previously seeing his side lose 1-0 to Arsenal and 3-1 to Norwich in the club’s previous league outings.

Savage claims Newcastle fans are dismissing Bruce’s part in the win over Newcastle, but that seems unlikely. While there maybe a handful of Magpies supporters not willing to give Bruce credit, as they were against his appointment from the start and one victory isn’t going to change their minds, it’s unlikely the majority of fans even mentioned Benitez yesterday in regards to the win over Spurs. You feel Savage lashing out at fans while on BBC Radio by claiming he heard Newcastle fans saying it was “Rafa’s team” was his way of getting supporters to call into the show in order to correct him. The Magpies were fantastic against Spurs, mainly due to their work ethic, and Bruce will now be aiming to build on his side’s first win when they host Leicester City in the League Cup on Wednesday. Newcastle were knocked out in the second round of the tournament courtesy of Championship side Nottingham Forest last season, so it would be a sign of progress if the Magpies manage to overcome the Foxes to progress.