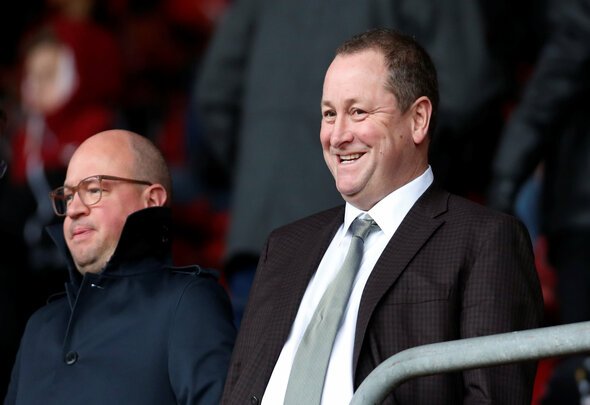 Mark Lawrenson tried to shield Steve Bruce from some of the criticism he faces as Newcastle United boss but in reality, his verdict will likely not see the Magpies manager sleep any easier.

The BBC pundit acknowledged that Bruce was a good manager before pointing out that the 58-year-old has to deal with “other stuff” at Newcastle, even though it’s only results on the pitch that matter.

Lawrenson then stated that he can understand Newcastle fans being against Magpies owner Mike Ashley, and claimed that all the negative stuff off-the-field regarding the club, won’t go away until the businessman sells up.

“It’s all about results, you don’t need all the other stuff, because….he’s dealt with it so far, so far so good,” said Lawrenson on BBC One’s Football Focus (12:34, Saturday, August 17th).

“I mean, the Mike Ashley thing is going to go on forever until he sells the football club.

“And you do understand the fans, but why would Rafa leave to go to China? Why would he go to China? Well, we know why, cause there’s only one reason, the money, as the actual football is rubbish.

Dion Dublin then shared there has to be a point where Newcastle fans focus on results, rather than the club’s owner, with Lawrenson and him both agreeing that Magpies supporters are brilliant

The former Liverpool defender then suggested that if fans don’t change their tunes then it’ll be groundhog day all the time at St James Park.

It’s hard not to agree with Lawrenson over his view on Newcastle fans, even if his dig at Rafa Benitez was unnecessary, as until Ashley goes then the toxic situation surrounding the club isn’t going anywhere.

While the pundit implies that results are all that matters, and then adds Newcastle fans have to change their tune to avoid groundhog day, how is Bruce going to realistically rack up enough positive results to appease anyone?

Newcastle’s next upcoming seven games sees them go toe-to-toe with some of the Premier League’s top-six contenders as they have to face Tottenham, Liverpool and Manchester United in the upcoming weeks.

Lawrenson himself admits that Newcastle fans are understandably discontented, so if anything the boycott could be set to become more of an issue as more supporters could join the fight, and that could be troublesome considering 6,000 fans already opted to steer clear of the Magpies’ 1-0 loss to Arsenal (Source: Telegraph).

So with that in mind, the pundit’s view doesn’t really off Bruce any comfort that his job is about to get easier, unless Ashley selling the club comes out of nowhere, and he probably will likely continue to have sleepless nights.