Smith blasts Shelvey for being ‘crazy’ 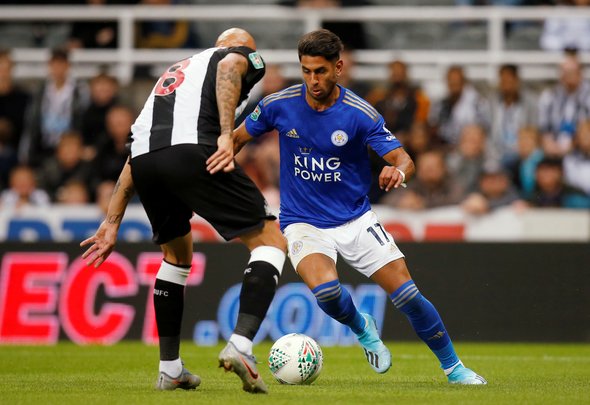 Sue Smith blasted Newcastle United midfielder Jonjo Shelvey for his tendency to get caught on the ball during the League Cup clash with Leicester City on Wednesday.

The Sky Sports pundit was covering the Magpies’ clash with the Foxes, which ended up seeing Leicester needing to go penalties to eliminate Steve Bruce’s side, and remarked on Shelvey’s performance when the score was locked at 1-1 during the match.

Smith acknowledged that Shelvey was a footballer capable of wonderful things, but at times he did crazy things that ended up having a negative effect on his side.

“Jonjo Shelvey there, he does some wonderful things but he also does some crazy things,” said Smith on Sky Sports News (21:08, Wednesday, August 28th).

“This is a great break here from Leicester and he’s got the opportunity to finish it off… but Shelvey does well to get back and defend and that’s been the difference.

“As I’ve said Shelvey does some great things but also gets caught on the ball.”

Smith may have just been referencing Shelvey’s performance against Leicester on Wednesday, but her remarks generally sum the midfielder up perfectly. The 27-year-old is capable of the sublime but at times he is a frustrating player to watch as he does silly things that end up letting him down. For this reason while Shelvey is on paper one of the most talented players in the Magpies’ squad, it’s no surprise that he isn’t a guaranteed starter under Steve Bruce. Shelvey averaged a rating of 6.95 across the first two league outings of the season, as per WhoScored, and even managed a goal in the 3-1 defeat to Norwich City, but Bruce opted to drop him for the clash with Tottenham. Given that Newcastle put in a much better performance across the board during their 1-0 win over Spurs, you wonder if Bruce will want to risk upsetting his well oil-machine for the Magpies’ league clash with Watford on Saturday by starting Shelvey in that match.