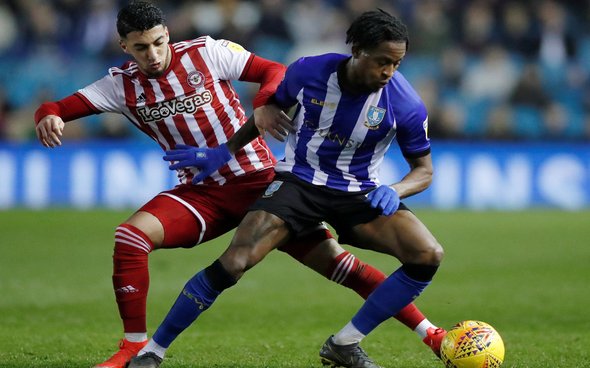 We really are reaching the business end of the transfer window now.

With the English market already shut, there are just a handful of days left for clubs to ship out any deadwood to Europe before that deadline cuts off too.

And one player who will be keenly aware of that is Rolando Aarons, who was omitted from Steve Bruce’s 25 man Newcastle United Premier League squad. As such, he faces a season of twiddling his thumbs in the reserves.

But there is hope.

According to Chronicle journalist Lee Ryder, Panathinaikos are keen on signing Aarons from United.

The 20-time Greek champions are understood to hold an interest in the 23-year-old, but face issues over matching his wage demands.

Writing in a Q&A for the Chronicle (14.33), Ryder said: “Panathinaikos wanted Aarons but his wages are Premier League standard.”

Admittedly, the chances of this deal actually going through don’t sound too promising, truth be told.

Aarons is out on his ear on Tyneside after being omitted from Steve Bruce’s 25 man Premier League squad, and it feels more like a matter of when, rather than if, he will leave the club.

He could offer a lot to the right team, as was proven during his loan spell with Sheffield Wednesday last season.

During his nine appearances, he made an average of 2.3 successful dribbles per 90 minutes, as well one key pass per 90 as well, as per Whoscored.

Clearly he has talent, and given a run in a side he could still turn his career around. Moving abroad might even do him some good too.

But the likelihood of his next destination being Panathanaikos seems pretty slim after Ryder’s comments, unless he is willing to drastically drop his wage demands in an effort to force through a deal.

If doesn’t, he faces a very, very long season ahead.