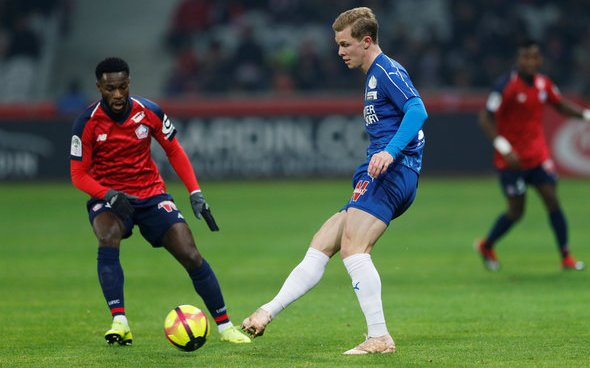 The Newcastle United supporters will release all too well that arguably the biggest weakness in their team at the moment is the right back position.

The Magpies have a quality goalkeeper, some outstanding centre backs, a new left back, a few class central midfielders and some promising players in attack, but right back? Right back is a wasteland.

Luckily for the Toon Army, then, it appears as though reinforcements at the position will soon be arriving. The Sun journalist Alan Nixon reported on his personal Twitter account on Wednesday that Amiens right back Emil Krafth is in England ahead of a potential move to the club.

He states that the Magpies pushed for a move for the Sweden international and appear to have got it, with The Northern Echo also reporting on Wednesday that a £5million deal for the player was close to being agreed.

This update from Nixon is one that will surely be getting the Newcastle fans excited. Krafth is a signing the team desperately needs, someone who can come in and solve a problem position at St James’ Park.

When you look at Krafth’s statistics from last season compared to those of Newcastle right backs DeAndre Yedlin and Javier Manquillo, it’s clear to see that the 25-year-old is the most reliable option.

As per WhoScored.com, he picked up the joint fewest yellow cards, joint fewest red cards, played the most games and mintues, had the highest pass success rate per game and won the most aerial duels on average per outing.

This isn’t a flashy player, but Steve Bruce already has that at right back with Yedlin. This is a solid, reliable, consistent full back who should be able to make the position his own in short order.