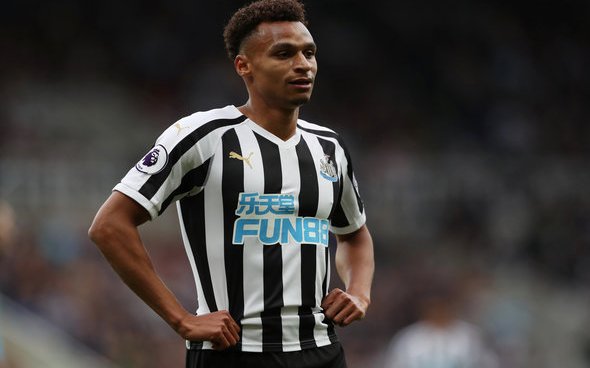 Newcastle United winger Jacob Murphy is travelling to Yorkshire for a medical with Championship side Sheffield Wednesday, according to journalist Keith Downie.

The Sky Sports reporter revealed the news on his personal Twitter account on Thursday, claiming that the 24-year-old has agreed a season long loan with the Owls.

The former Norwich City starlet enjoyed a temporary spell with West Bromwich Albion in the second half of the last campaign, but is now seemingly headed to Hillsborough. 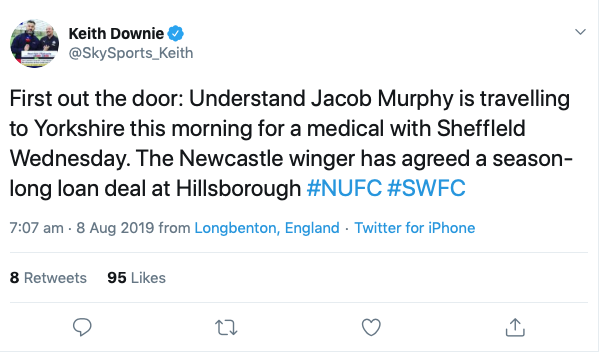 This would appear to be a done deal at this point. Murphy needs to play at this point of his career, and it seems like he’s not going to do that at Newcastle at this moment in time. There is some real competition out wide at St James’ Park these days, particularly with Miguel Almiron and Allan Saint-Maximin arriving for big money in the past six months or so. So it makes sense for him to go away on loan for the season, and he should get consistent first team football at Wednesday. Murphy is a talented player but he’s not made the proper step up since joining Newcastle. He needs to get his mojo back, and a loan spell in the second tier is going to be ideal for him. The Owls are a good fit, as well, because they probably won’t be competing right at the top end of the Championship. We saw at West Brom last term that Murphy didn’t get quite enough football for a promotion-chasing side, whereas at Wednesday he should get the football he needs to really kick on.