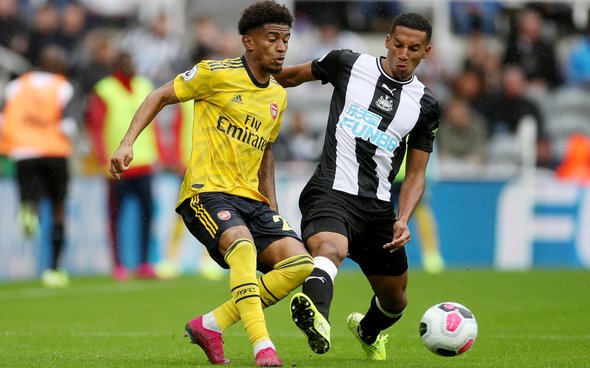 Isaac Hayden has hailed former Newcastle United goalkeeper Tim Krul for the way that he has got back to the top of his game after serious injury blighted his final months at St James’ Park.

Krul, 31, missed over a year of action after rupturing his cruciate ligament in October 2015 but how now returned to the Premier League with Norwich and helped the East Anglia side win 3-1 against Newcastle at Carrow Road on Saturday.

Magpies ace Hayden, who has been one of the better players for the North-East in the opening two games of the season, has heaped praise on Krul for his time at St James’ Park and also how he has got his career back on track with Norwich.

“I think Tim deserves it. He was a consummate professional when he was at Newcastle. He’s a top-quality goalkeeper and he’s proved that in the Premier League. Credit to him that he’s got back to this level after a bad injury,” Hayden told The Athletic.

Krul has always been a good goalkeeper but that serious knee injury he suffered at Newcastle in 2015 was always going to be something that was going to leave serious doubts about whether he can continue to play at the top level. However since then, the eight-times Netherlands international has recovered, regained fitness and rediscovered his form to help Norwich win promotion to the Premier League and continue to hold down the number one spot in the opening games of this season. While he has conceded five goals – four of them against European champions Liverpool – Krul is still someone who is going to be solid for the Canaries over the coming months and be a real asset for them as they aim to avoid relegation. Martin Dubravka is a good goalkeeper for Newcastle so it’s not like fans should be wishing that Krul is back at St James’ Park, but the Slovakian’s display at Carrow Road on Saturday was a bit worrying and hopefully he can improve soon.