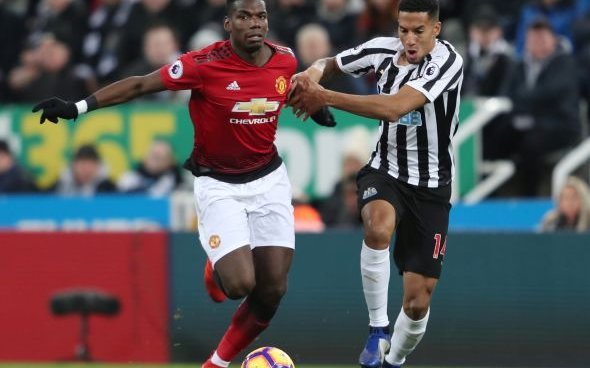 Newcastle United manager Steve Bruce has been speaking out about how he hopes midfielder Isaac Hayden stays at the club moving forward.

The Daily Telegraph reported in May that the 24-year-old was determined to leave the Magpies this summer in order to move closer to his young family down south.

However, Bruce has different plans: “I sincerely hope so [that he stays],” he said, as per The Chronicle. “He’s another really good young player who I had the privilege to work with at Hull.

“All the indications are positive, so let’s hope we can persuade him to stay and play his football at Newcastle. Certainly that’s what I want.”

Well, this is interesting, isn’t it? All we have been hearing for months on end is that Hayden wants to leave Newcastle because his family are down south and he wants to be closer to them. That’s fair enough. He’s served the Magpies well and been professional throughout his time on Tyneside. However, it now appears that we are swinging back towards the likelihood being that the former Arsenal man remains at St James’ Park. Bruce obviously knows Hayden well having signed him on loan for the Tigers from the north London giants a few years back. They clearly have a decent relationship and perhaps that, and his increased first team football, has been enough to persuade the midfielder to stay where he is. The Newcastle supporters will certainly be hoping that what Bruce is praying for will come true, here. They know how good Hayden is and will obviously be hugely keen for him to remain with the club.