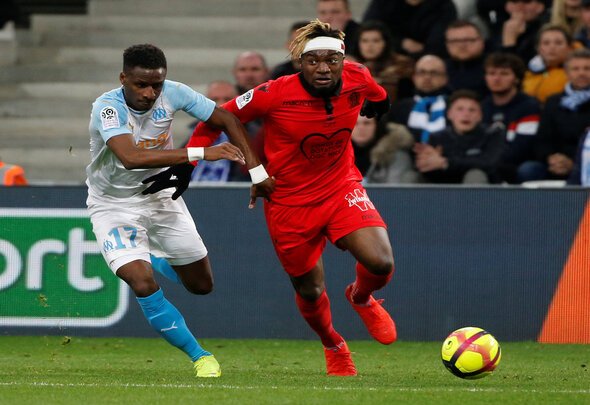 Newcastle United are set to sort out the finishing touches in their deal to sign OGC Nice forward Allan Saint-Maximin, according to RMC Sport journalist Sacha Tavolieri.

The reporter claimed via his personal Twitter account on Thursday afternoon that Newcastle chiefs have jetted out to Nice to complete the 22-year-old’s transfer to St James’ Park.

It is understood that the Magpies will pay £16.4million, plus small bonuses, to sign Saint-Maximin.

However Tavoleri adds that there are still some finer details that need to be finalised, such as commissions, before the transfer can be made official.

Newcastle only have a week left to sign new players but it sure seems as though they will have enough time to be able to complete their swoop for Saint-Maximin. The France Under-21 international scored six goals and supplied five assists in 36 appearances across all competitions in an impressive season for Nice last time out and hopefully he can add some of his cutting edge, goal contribution and pace at St James’ Park in the 2019/20 campaign. Newcastle sure need that. Ayoze Perez might not have been the best of players that Newcastle have had in recent years but he was immense in the second half of last season and his exit has left a void of creativity. Miguel Almiron is good but yet to really prove himself in English football, so Saint-Maximin will no doubt be signed to support both Almiron and Brazilian striker Joelinton. Those three are going to be the men that Newcastle rely on for goals next season. It may take some time for them to gel and get to grips with the Premier League, but if fans are patient, they might start to produce like Perez eventually did for the Toon.