Newcastle slipping behind in Borini race

Newcastle United sound like they’re about to slip behind Crystal Palace in the race for AC Milan attacker Fabio Borini and surely that is a blessing in disguise.

The Magpies were previously reported as being in the race for the 28-year-old forward alongside Bordeaux by Gazzetta dello Sport journalist Nicholo Schira, due to Borini not being in AC Milan’s plans for the coming season.

However, based on Schira’s latest update on the battle for Borini, Crystal Palace clearly have more chance of getting the 28-year-old than the Magpies as they’re expected to be submitting a proposal for him. 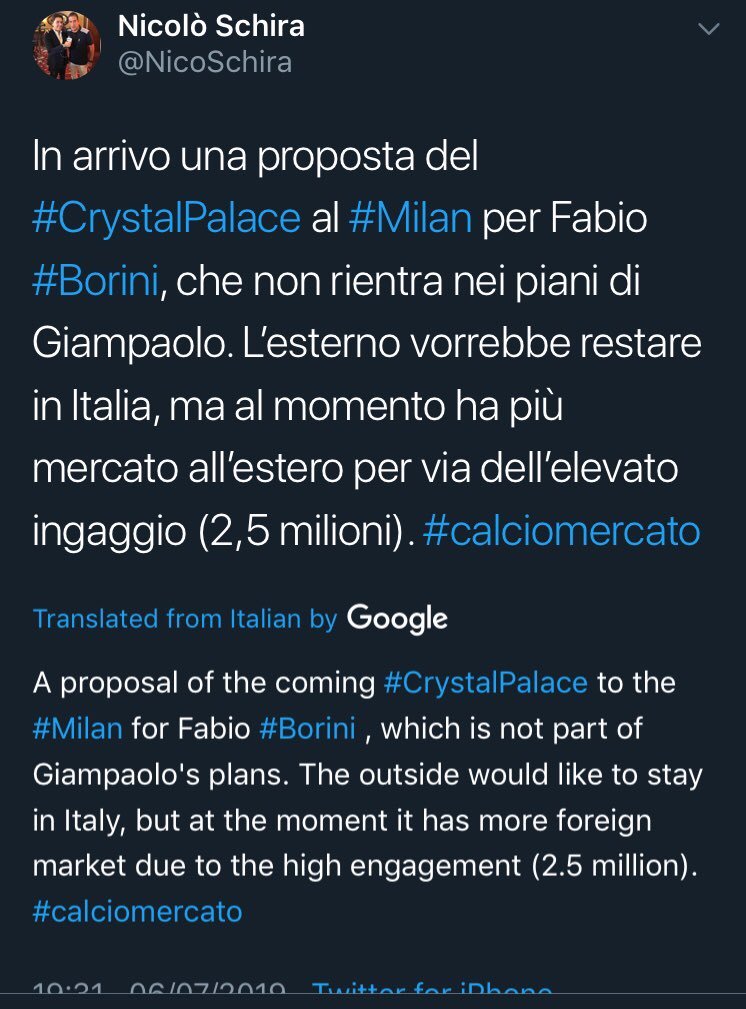 The Magpies do need a new forward to arrive with last season’s top-scorer Ayoze Perez having moved to Leicester City and their second top-scorer Salomon Rondon having returned to West Bromwich Albion after his loan spell ended, but Borini isn’t the answer.

The 28-year-old scored just the three goals in his 23 outings in his 2018/19 campaign, meaning he averaged a goal every 430 minutes (Source: BBC), and that sort of form doesn’t suggest he could fire the Magpies to glory.

Also, Borini’s track record in the Premier League hardly puts him in a good light.

The forward, who has been at Chelsea, Liverpool and Sunderland during his career, has made 111 appearances in the Premier League and only managed 16 goals.

That means Borini averages 0.14 goals per game in England’s top-flight, and that sounds like he won’t exactly be prolific if he arrived at St James Park. (Source: Premier League)

So with that in mind, it’s good news that Crystal Palace are stepping up their pursuit of Borini as it will stop the Magpies pursuing or potentially signing a player that simply isn’t good enough.