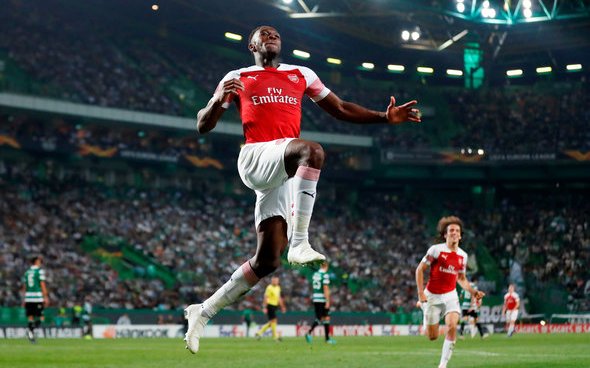 Newcastle United have reportedly been given the chance to sign former Arsenal attacker Danny Welbeck as he has been offered to them and it’s an opportunity they should seize.

The Chronicle reported on Sunday that the Magpies have been offered the 28-year-old free agent, but claimed the Magpies were looking to add squad members and improve their full-back cover.

This suggested that Steve Bruce may not pounce on the opportunity to get Welbeck, which means the attacker may move elsewhere.

However, Newcastle could end up kicking themselves if this situation develops as Welbeck could be a shrewd signing for a Premier League side to make this summer.

The 28-year-old is a proven Premier League player having scored 42 goals and registered 26 assists in the 206 appearances he has made in the division.

Also, Welbeck is capable of playing in multiple positions as he has previously featured as a winger on both flanks as well as a centre-forward during his career.

Welbeck also looked promising for Arsenal in his outings ahead of getting struck down by injury.

The attacker scored five goals in 14 appearances in his 2018/19 campaign and he averaged a goal every 121 minutes, which is the same as Pierre-Emerick Aubameyang averaged but he, of course, racked up 30 goals due to featuring drastically more. (Source: BBC Sport)

However, the downside with Welbeck is his concerning injury record as he has suffered a few serious knee injuries during his career and was kept out of action for 200 days, missing 41 matches, in his latest campaign due to an ankle issue, as per Transfermarkt.

Yet given that Welbeck is being offered to the Magpies then the club could surely reach a deal that sees him worth taking a gamble on, as if he was flooded with amazing offers, someone wouldn’t have reached out to see if Newcastle were interested.

It’s also worth pointing out the Magpies do need proven goalscorers to arrive at St James Park this summer as they no longer have Ayoze Perez or Salomon Rondon on the books and the attacking pair scored 25 goals between them. (Source: BBC Sport)

So with that in mind and Welbeck available to be snapped up for free, what is Bruce waiting for?