Some Newcastle United fans were thrilled with Chi Onwurah’s latest tweet about her mission to ensure the Magpies meet their requirements to supporters groups. The Labour MP for Newcastle Central & Shadow Minister for Industrial Strategy, Science & Innovation shared a letter, via her personal Twitter account, she had received from Mims Davies, who is the Minister for Sport and Civil Society, regarding her concerns with the governance of Newcastle United. Davies acknowledged that Newcastle had failed to reply to Onwurah’s concerns regarding the financial fair play rules, before telling her to contact the Premier League, and then shared that after speaking to Newcastle United Supporters’ Trust herself about the lack of dialogue between the fans and the club, she’d contact the league to see what could be done. Onwurah tweet, which suggests progress was being made regarding holding Magpies owner Mike Ashley to account, was warmly received by some Magpies fans. One called the update “magic” while others thanked Onwurah for her continued efforts. 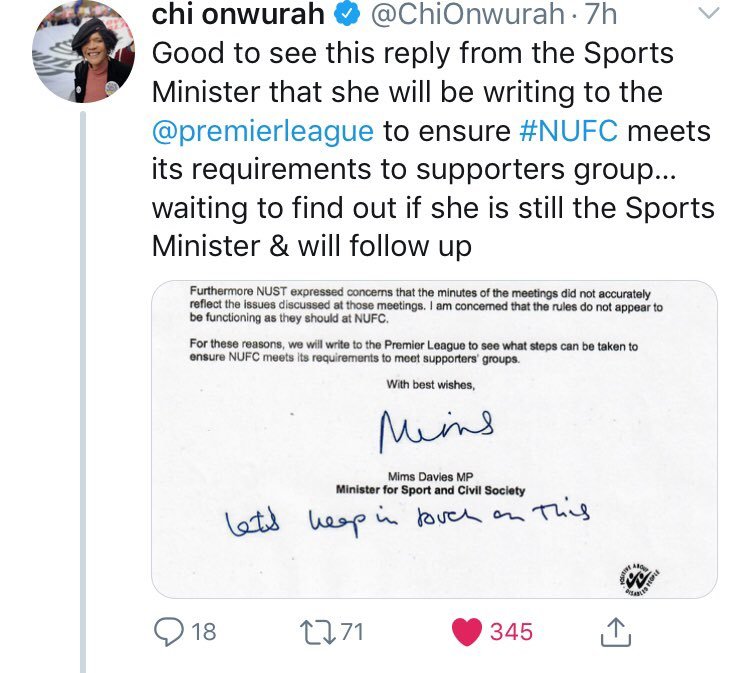 Nothing But Newcastle has rounded a section of the best tweets below: 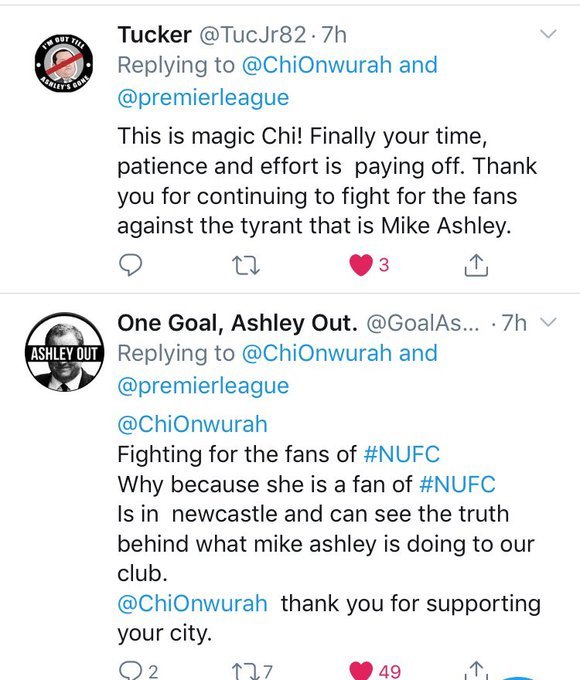 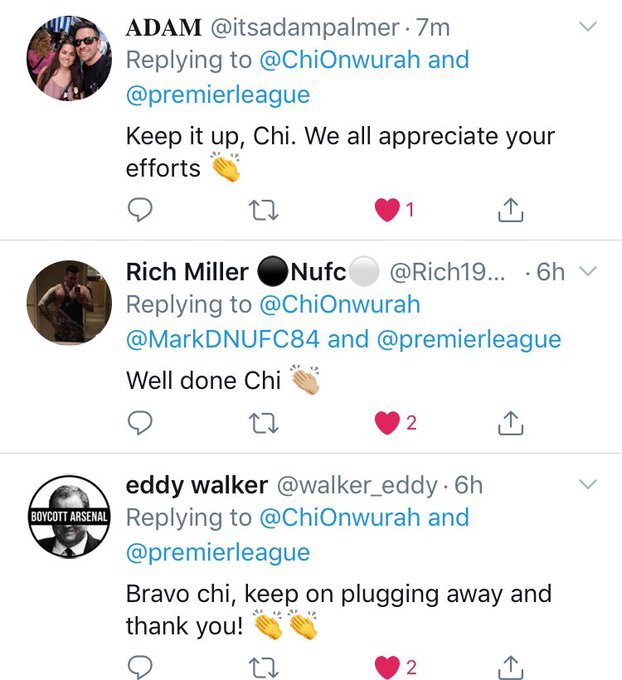 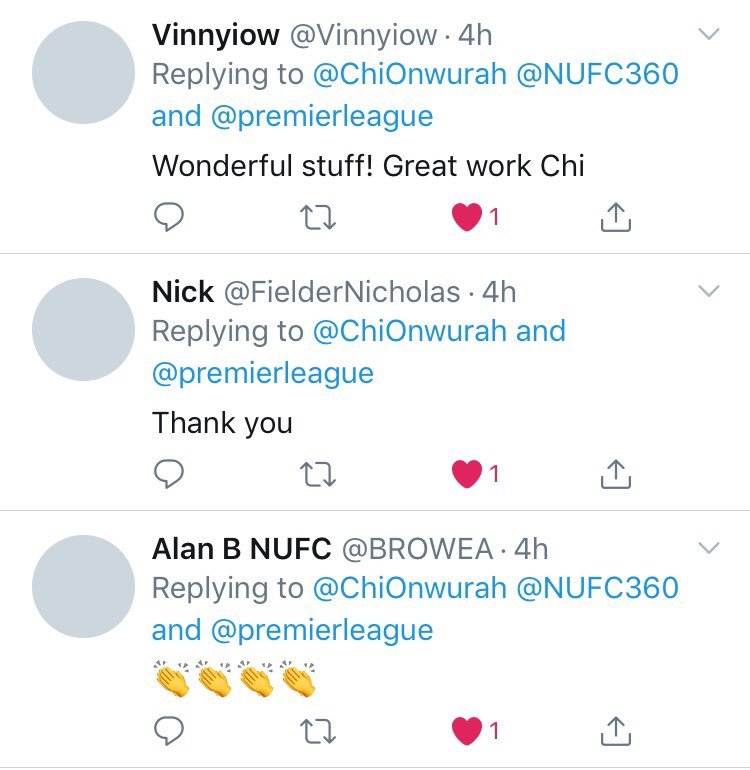