Some Manchester United fans were in disbelief after Sky Sports reported that Newcastle United wanted more than £50million for midfielder Sean Longstaff. The broadcaster claimed that Man United were still plotting a bid for the 21-year-old midfielder despite the Magpies’ high valuation of him as well as the fact they didn’t want to sell him. Longstaff played nine times in the Premier League in his 2018/19 campaign, scoring one goal in the process. The 21-year-old won 76% of his tackle, he made 17 and averaged 32.56 passes per matches, which isn’t too shabby considering how little he featured (Source: Premier League). Rafa Benitez likely would have played Longstaff more last season if the 21-year-old hadn’t suffered a knee injury after tackling Robert Snodgrass during the clash with West Ham in March. While the 21-year-old clearly has potential, some Manchester United fans couldn’t comprehend his potential price tag. One Man Utd fan took a dig at Newcastle as they said their whole club wasn’t worth £50million let alone Longstaff, while another said they were in tears. It seems these Man United fans can’t understand that Newcastle have valued Longstaff so highly in order to put potential suitors off. 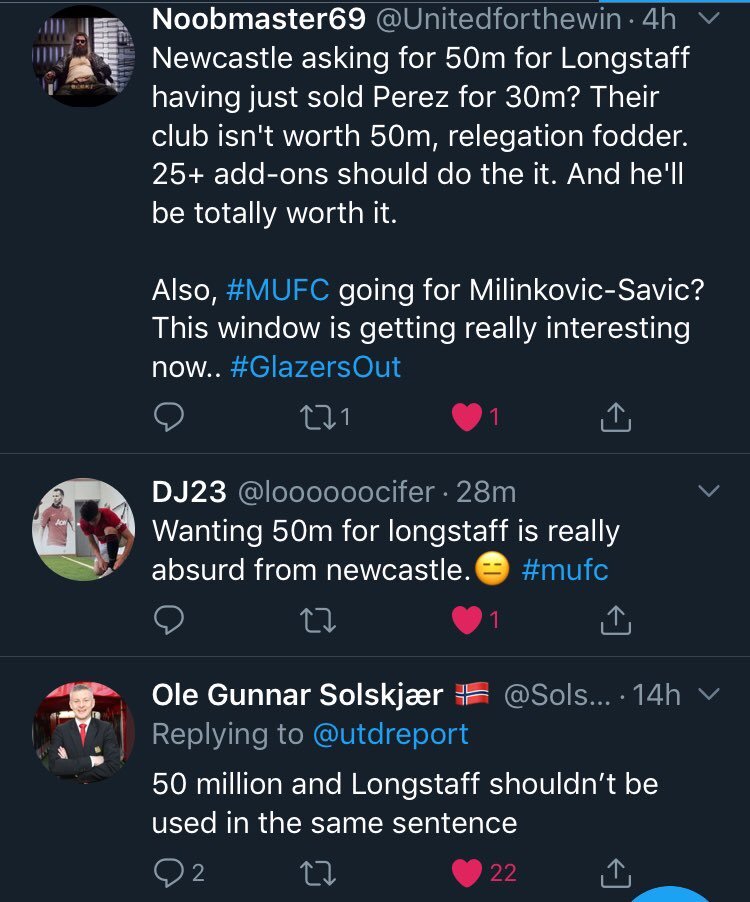 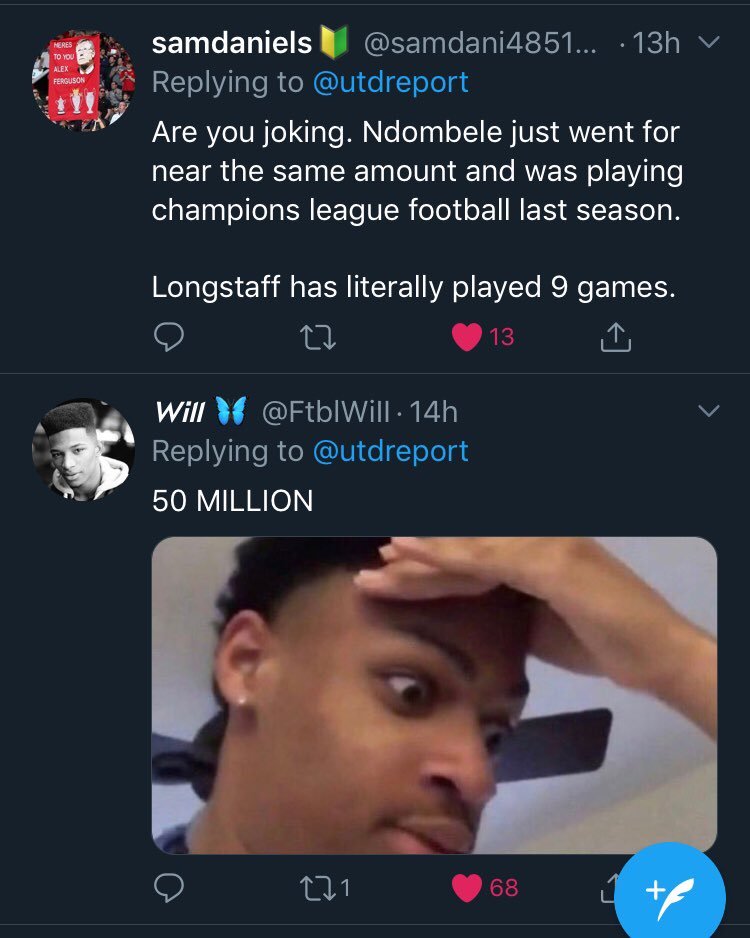 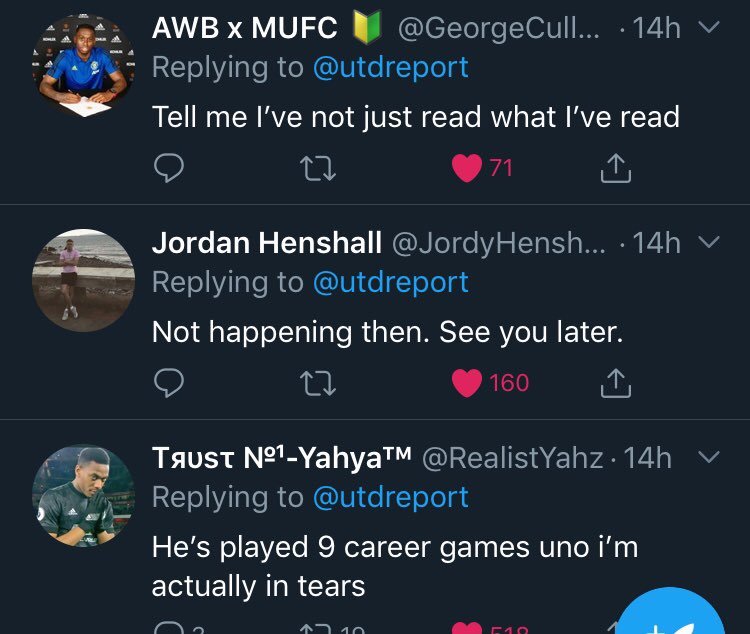