Steve Bruce would surely be wasting Newcastle United’s money if he signs Preston defender Ben Davies as the Magpies don’t really need any more centre-backs adding to their squad.

The Sun reported on Sunday that the Magpies boss was keen on signing the Preston centre-back as he was a huge admirer of the 23-year-old and had the cash to make a move.

Yet would Davies really be a great use of the Magpies’ transfer funds? As it’s hard to see him getting many minutes at St James Park if he arrives.

The 6ft 1in tall defender (Source: Transfermarkt) did impress in his 40 Championship appearances last season, he averaged a match rating of 7.01 and also chipped in one goal and one assist, but the Magpies have enough centre-backs. (Source: WhoScored)

The Magpies currently have five recognised centre-backs in their senior squad as they have Ciaran Clark, Fabian Schar, Federico Fernandez, Jamaal Lascelles and Florian Lejeune, when fit again, to call upon.

Newcastle then have players like first-choice left-back Paul Dummett who can feature as a centre-back if required, after all the Welsh defender has played 35 times in the centre of defence during his career. (Source: Transfermarkt)

While the Magpies clearly have enough centre-backs, signing Davies would make sense if he was a noticeable improvement on the club’s current options or offered something different, but that isn’t the case.

When comparing Davies to the Magpies’ current crop of centre-backs based on their latest seasons via WhoScored, there’s only one area of his game where he appears superior. 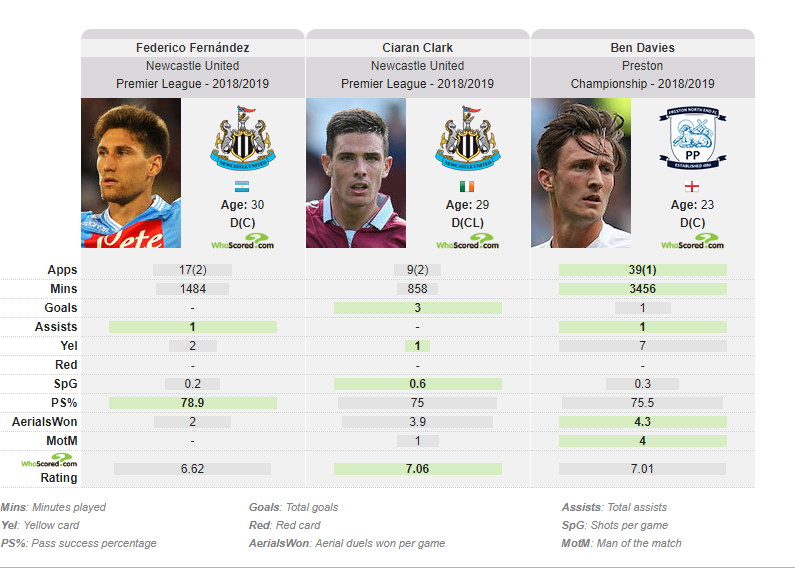 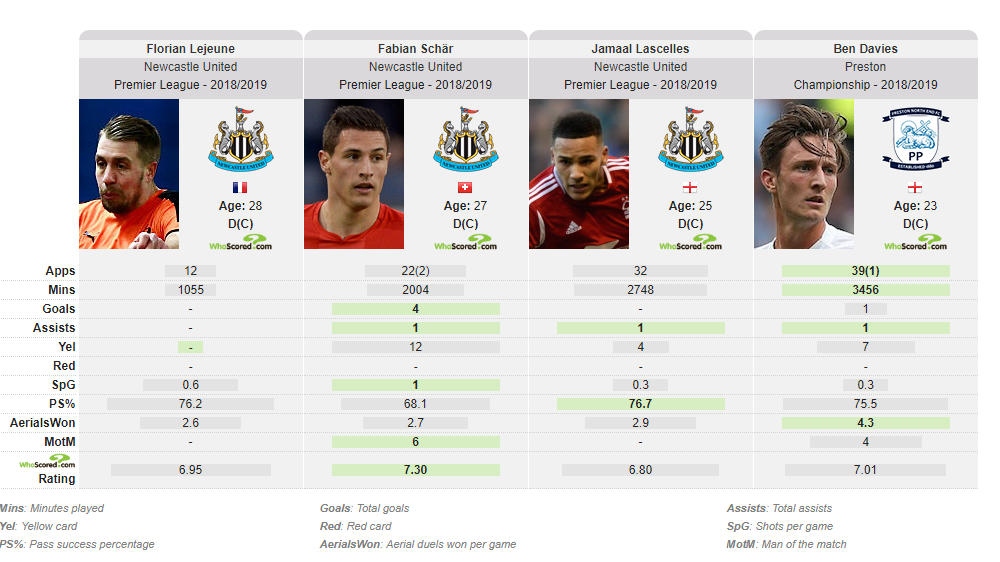 Davies won 4.3 of his aerial duels per game which implies he’s a more powerful presence in the air than any of the Magpies defenders, but if Bruce wants someone more formidable in the air surely he could just use Clark more.

The 29-year-old won 3.9 of his aerial duels per match and considering he only made 11 league appearances then he could easily be utilised more if the Magpies boss wants someone more reliable in the air at the back.

Also, it’s worth noting that Davies may not be able to replicate the form he showed in the Championship last season in the Premier League as it would be a step up for him.

Whereas all of the Magpies’ current centre-backs have proven themselves in the Premier League, at least a little bit, so Bruce can confidently trust them.

So with that in mind, if Bruce signs Davies due to admiring him this summer then you feel it would be a waste of Newcastle’s cash.