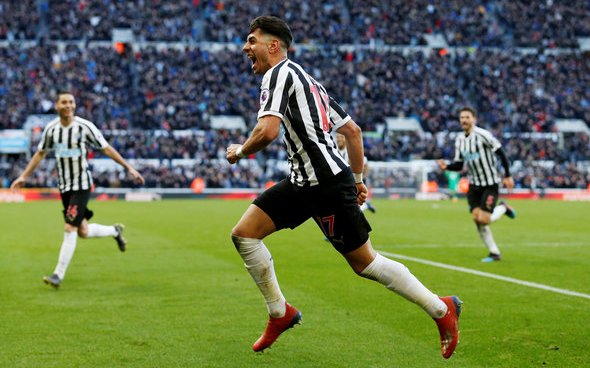 One of the major success at Newcastle United last season was the improvement in striker Ayoze Perez.

The Spaniard formed a great partnership with both Salomon Rondon and Miguel Almiron, with Perez scoring six goals assisted by the Venezuelan forward – the second best duo in the Premier League. [Source: WhoScored]

Perez went into the last campaign after a string of disappointing seasons in the top flight and managed to score 12 goals for the Magpies. That is more than a third of his total goals in the Premier League in his total 143 appearances. [Transfermarkt]

Leicester City recently completed the signing of the former Tenerife forward for a sum of £30million, something Danny Mills was amazed at.

Speaking to reputable football outlet, Football Insider, Mills said: “For £30million, yes, in all honesty. That’s a big fee for a player who has done okay. Yes, he looks sharp from time to time, technically a good player but £30million is quite a lot.”

Despite losing one of their main goal threats in the previous season, the big-money fee received will surely soften the blow for all involved at Newcastle – as Mills is right to suggest that it’s quite a lot to receive for a player who only looks sharp from time to time.

Another positive of the deal was the enormous profit made from confirming the sale. After all, the 25-year-old only arrived in the North East in 2014 for £1.5million.

Should Mike Ashley put the money back into the transfer budget, and Newcastle use the profit to strengthen their attacking options, the thought of Perez will belong in the past come this time next year.