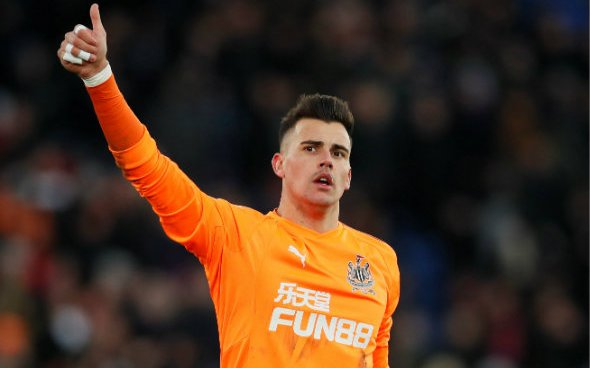 Interestingly, it was Sky who previously reported that the Championship outfit are interested in bringing the former Nottingham Forest man to Ewood Park.

However, Mowbray clearly has other ideas.

This is a shame for everyone, really. Mowbray is obviously going to do what he thinks is best for his team, so in a way this isn’t really bad news for Blackburn. However, from a Newcastle perspective, his words are slightly disappointing. Darlow deserves a fresh start. In fact, he needs one for the sake of his career. He’s clearly stuck in purgatory at St James’ Park; unable to get past Martin Dubravka in the pecking order and destined for life warming the Slovakian’s spot on the Newcastle bench. So it would be ideal if he could be moved on this summer. Any sale would then also allow the Magpies to push promising academy product Freddie Woodman up a spot in the goalkeeping ranks, giving the youngster the opportunity to challenge the aforementioned Dubravka for a starting spot. However, if Mowbray is to be believed, this isn’t a deal that’s going to be completed any time soon.