Newcastle must swoop for Sturridge 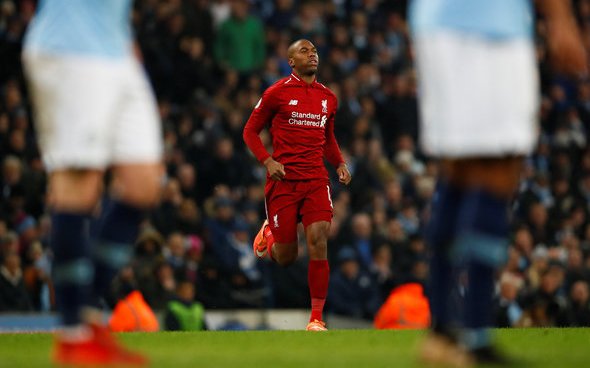 Slowly but surely, the wheels are beginning to turn on Tyneside.

Make no mistake, Newcastle United are still a club who are teetering on the edge, and the unrest that marked the earlier parts of this summer will not, and should not, dissipate overnight, but at the very least, it would appear that the Magpies are making some moves in the transfer market.

Joelinton arrived from Hoffenheim earlier in the week, and according to Football Insider, the Magpies look set to make Chelsea youngster Kyle Scott their second signing of the summer in the immediate future.

More is still needed, however, and chief amongst Steve Bruce’s priorities for the rest of the window must be the addition of another striker.

Salomon Rondon and Ayoze Perez hit 23 Premier League strikes between them last term, over half of the Magpies’ 42 goal tally.

Both have left the club, and replacing them will be no easy task.

Joelinton should be a smart acquisition in that sense, but he is unproven in the Premier League, and if the Toon Army are smart, they will turn to tried and tested talent to help ease the Brazilian’s goalscoring burden.

And they don’t come much more tried and tested than Daniel Sturridge.

The England international has 77 goals in 218 Premier League appearances, as well as top flight title and two Champions Leagues.

The 29-year-old is a free agent since leaving Liverpool earlier this summer, and has been touted as a possible solution to United’s striking issues by local outlet the Chronicle.

Sturridge may not have been at his best recently, but even last season he managed 1.4 shots on target per 90 minutes for the Reds, as well as 1.4 key passes [Whoscored].

Sturridge is still a player with a lot to offer, and bearing in mind he is available on a free, snapping him up would be a real coup.