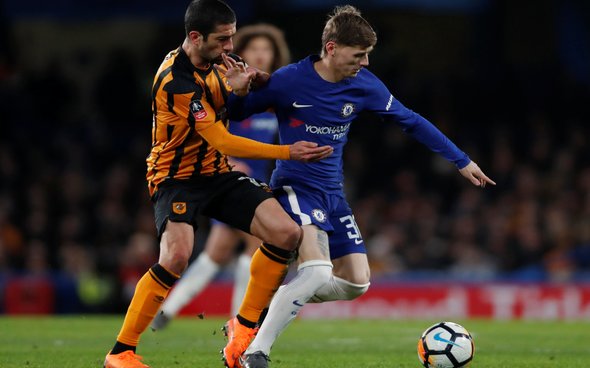 Kyle Scott has been pictured at St James’ Park ahead of completing his move to join Newcastle United.

According to reliable news outlet Football Insider, the 21-year-old free agent has agreed personal terms and completed a medical ahead of joining the Magpies after he was released by Chelsea at the end of last season.

It is understood that the midfielder will sign a two-year deal with the Tyneside club.

Scott’s father and agent Kevin Scott basically confirmed the move by posting an image of him and his son at St James’ Park via his personal Twitter account on Wednesday afternoon. 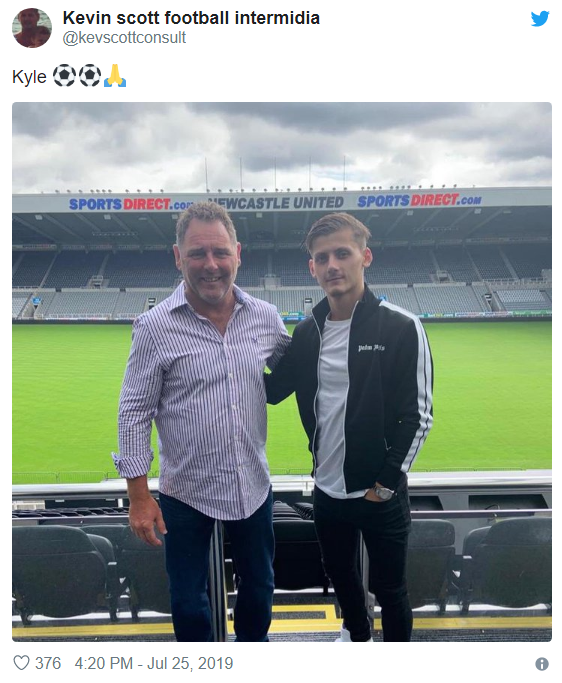 It remains to be seen what kind of role Scott will play at Newcastle next season, but it seems as though he has been snapped up by the club in order to play in the Under-23s next season. Scott could play a role which sees him as back-up for the first-team, but with the fact that he has only made one senior appearance in English football in his career, it’s unlikely that he will be called upon by Steve Bruce to play on a regular basis. Scott has risen through the ranks at Chelsea but has only ever spent half a season on loan to earn senior experience when he spent the first half of last term on loan at Dutch second-tier side Telstar. It will be too big a step up for Scott to go from playing in that league to the Premier League with Newcastle, but Bruce’s first-team squad is very thin at the moment and all it would take is a few injuries or suspensions and the former Chelsea midfielder could be getting into Bruce’s plans.