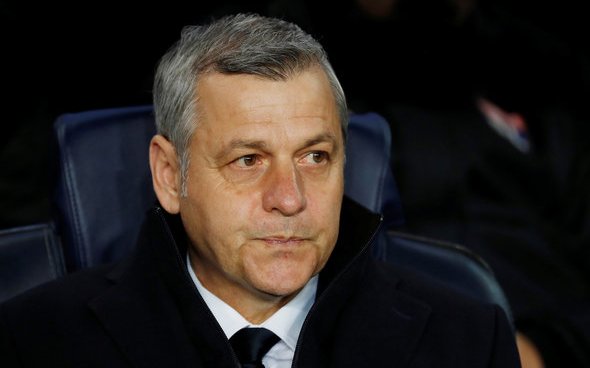 Bruno Genesio is not set to become the next Newcastle United manager, according to Press Association journalist Damian Spellman.

The North-East reporter has checked with two sources and claims via his personal Twitter account that there is nothing in the Le Progres report which claims that Genesio is on Tyneside and could sign a four-year deal with the Magpies.

I've been told not to get carried away by the speculation surrounding Bruno Genesio and #nufc. Watch this space.

Just had it knocked down by a second source.

French newspaper Le Progres had reported that Genesio was closing in on succeeding Rafa Benitez at St James’ Park despite widespread reports in England that Steve Bruce is close to being appointed.

Le Progres’ report was very odd. They claimed that Newcastle are close to being taken over by a Dubai-based billionaire and even claimed that Claudio Caçapa had two “unforgettable” seasons at St James’ Park despite being one of the most forgettable players that the Magpies have had in the last couple of decades. It would be a massive shock if Newcastle were to hire anyone but Bruce as their next manager. There have been a lot of claims that Bruce has resigned at Sheffield Wednesday ahead of becoming the next Magpies boss, so for him to have done that and then Mike Ashley to hire someone else would be quite a U-turn. Genesio is out of work and it might be his agent trying to drum up some interest in his client because Newcastle are one of very few clubs in Europe’s top leagues without a manager. However Le Progres clearly failed to do any proper checking up or research on the Tyneside club and the news surrounding Bruce as he edges closer to the St James’ Park hotseat.