Not one of Newcastle United’s players can hold their heads up high after their 4-0 defeat to Wolves in the Premier League Asia Trophy on Wednesday. Normally in pre-season matches, fans can forgive their team for a bad result as the games are more to build fitness, experiment with tactics and get players to get back on the same wavelength. However Newcastle’s shocker against Wolves is more of a sign of things to come, especially when players like Achraf Lazaar are featuring in the side and featuring so badly. Many Newcastle fans annihilated the 27-year-old left-back for his display in China. Lazaar’s only made 10 senior appearances for the Magpies in three years, and after watching him play against Wolves, it’s mad that he’s even been able to make that many outings. Newcastle fans are dreading the upcoming season, especially when players like Lazaar could be set for a role in Steve Bruce’s first-team squad based on the lack of signings expected.

And that's why lazaar was in championship last Yr #nufc

Achraf Lazaar absolutely all over the shop for that goal. #nufc

Clark sterry and lazaar awful so far. Lazaars performance one of the worst I can remember. Pains me to say but Colback has done well 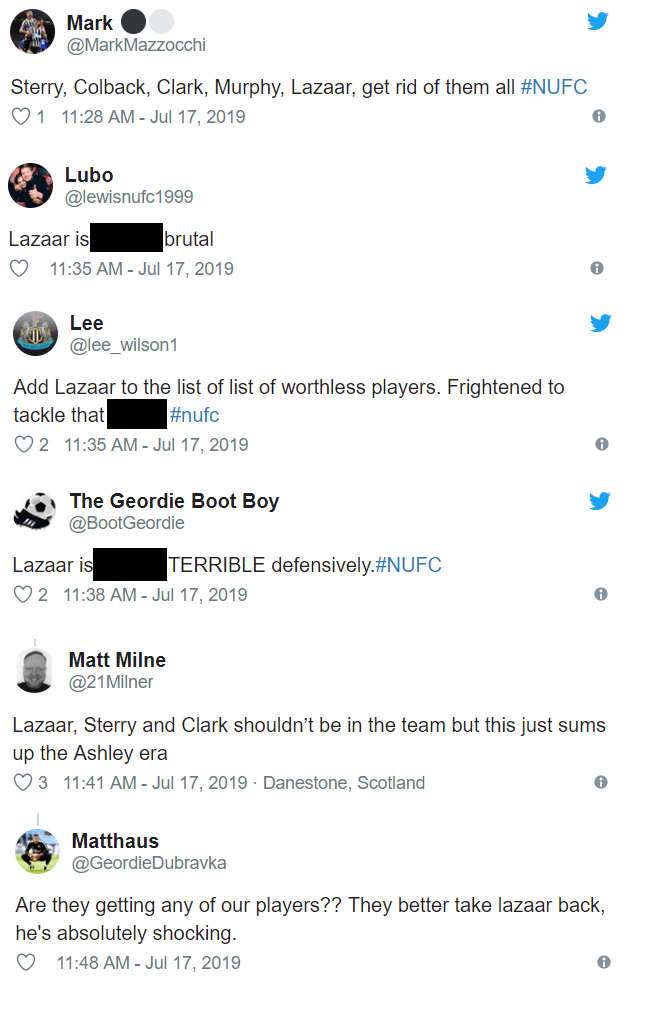