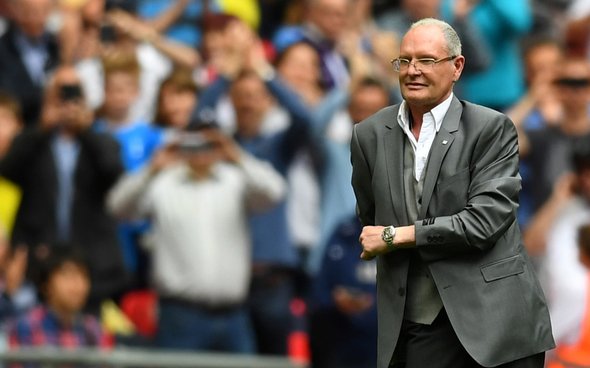 Steve Bruce is a “great appointment” for Newcastle United, according to Paul Gascoigne.

The 58-year-old was revealed as the new Toon boss on Wednesday after a lengthy search to find a successor for Rafa Benitez, who left the club at the end of June.

And Gazza believes that Bruce can be a success on Tyneside.

Speaking to talkSPORT, he said: “Steve Bruce, for me he’s a great appointment.

“He’s from the north east. He’s a great guy. Everyone knows he’s a winner.

It’s fair enough that Gazza doesn’t see fit to speak ill of Steve Bruce here, but there is no way that he can realistically give any kind of assurance that the new Toon manager will be a success. That’s not necessarily a reflection on Bruce’s abilities as a manager, but rather a comment on the adverse conditions that he is walking into. There aren’t many figures in world football who could get a tune out of that threadbare Magpies squad, especially with Mike Ashley at the helm. The other thing is that Bruce may have been a winner as a player, but as far as his managerial record goes, he has no titles to his name. Now, obviously, that will be of little concern to the Toon Army, who aren’t exactly eyeing up silverware at the moment, but it’s important to remember that success as a player is no guarantee of success in the dugout.